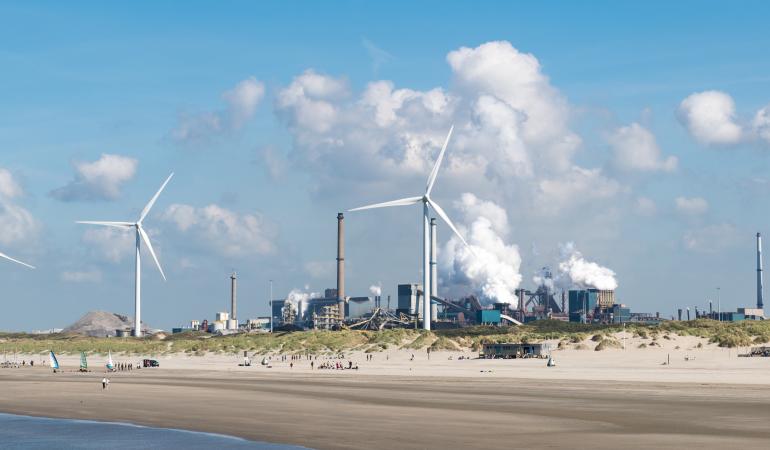 High levels of PAHs and metals, including lead, have once again been found in coarse dust particles deposited in the vicinity of the Tata Steel site. This is according to new measurements taken by RIVM this spring. The measurement results are generally similar to those of a RIVM study from 2020. It cannot yet be stated with certainty whether the amount of PAHs and metals in the IJmond region is decreasing. For greater clarity in this regard, the situation must be monitored for a longer period. RIVM therefore recommends repeating these measurements regularly in the years ahead.

In 2020, RIVM measured the amount of polycyclic aromatic hydrocarbons (PAHs) and metals in coarse dust particles on the ground in the vicinity of Tata Steel. RIVM repeated this study in May and June of 2022. The results are generally consistent with those from 2020. The levels of PAHs and metals found in the area are higher than in other places outside the IJmond region. Based on these new measurements, RIVM cannot yet state with certainty whether emissions of PAHs and metals by Tata Steel are structurally decreasing.

For some villages in the area, however, the situation is different from the one in 2020. The amounts of PAHs and metals measured for this study were lower in Wijk aan Zee, but higher in Beverwijk. This is mostly due to the weather conditions. During the measurement period, the wind came from the south-west more often than average. The amount of iron in the entire region was lower than in 2020.

Amounts of PAHs and lead still too high for children

In 2020, RIVM also investigated the health risks for children at play. The conclusion at the time was that exposure to the measured amounts of lead and PAHs was undesirable for children. The results of the current study do not warrant a revision of the conclusions from 2020.

No investigation conducted into origins of coarse dust particles

RIVM will repeat this study in the autumn of 2022. The results are expected to be published in the spring of 2023. In addition, RIVM recommends repeating these measurements in the years ahead to monitor whether the situation in the IJmond region is improving and to keep residents informed of developments. RIVM is carrying out these measurements on behalf of the Province of North Holland and the Ministry of Infrastructure and Water Management.