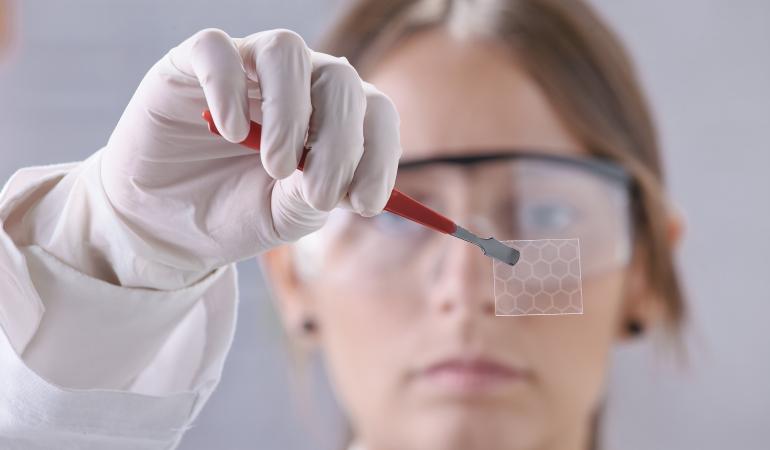 RIVM is researching PFOA and PFOS and monitoring scientific insights closely. RIVM derived a health-based guidance value for PFOA in 2016, in order to issue a recommendation regarding the risks of PFOA emissions for the people living in the area around the DuPont/Chemours factory in Dordrecht. RIVM investigated the risks of airborne exposure and exposure via eating homegrown vegetables. On the basis of this health-based guidance value, RIVM also issued recommendations regarding maximum permissible concentrations of PFOA in the soil, water and air. These recommendations remain in effect.

RIVM takes the risks of PFOA exposure seriously. PFOA is on the list of substances of very high concern (SVHCs), as it bioaccumulates in the human body and in the environment. PFOA also affects reproductive capability and is suspected of causing cancer. Whether these effects occur depends on the extent to which people are exposed to the substance.

In recent months, EFSA and RIVM have engaged in scientific dialogue regarding the method used to derive the EFSA health-based guidance value. EU food law provides a mechanism for EU Member States and EFSA to discuss and resolve scientific divergences on the occasions that they arise. RIVM, the Danish Environmental Protection Agency (Danish EPA) and the German Federal Institute for Risk Assessment (BfR) raised critical questions regarding the EFSA opinion on PFOS/PFOA. The minutes of this meeting have been published alongside the EFSA opinion.

The questions that RIVM raised regarding the health-based guidance value primarily pertain to the interpretation and analysis of data from epidemiological studies. RIVM holds the opinion that the scientific articles on which EFSA bases its recommendation do not contain enough data in order to derive a guidance value. Moreover, it is unclear whether, and to what extent, exposure to PFOA (or other perfluorinated compounds) causes the changes identified in the epidemiological studies. Lastly, RIVM raises questions about the data analysis method used to derive the guidance value.

Observations in epidemiological studies are extremely valuable in researching human health effects in response to substances. For that reason, it is advisable to use this type of research in order to derive health-based guidance values. The concept of deriving health-based guidance values from epidemiological studies is a new development, and the debate as to how this should be done is still ongoing.

On topics that have not yet been addressed by European risk assessments or relevant European laws and regulations, RIVM also derives health-based guidance values for official use in the Netherlands; these guidance values are similarly free of any legal status. However, the Dutch Government can use the RIVM recommendations to institute legal standards in these areas.