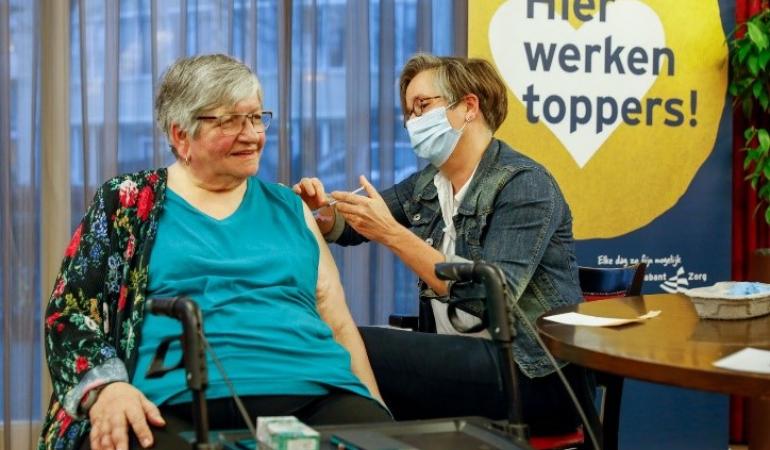 The downward trend in infections among nursing home residents in the Netherlands is continuing. The number of infections in nursing homes has dropped below the national average infection rate per 100,000 inhabitants. RIVM had already reported that the decrease indicates that vaccination is having a beneficial effect against coronavirus infections.

There has been no visible increase in infections among elderly people living at home; the first people in that group were vaccinated at the end of January. It is too early to say whether this is an effect of the vaccinations. 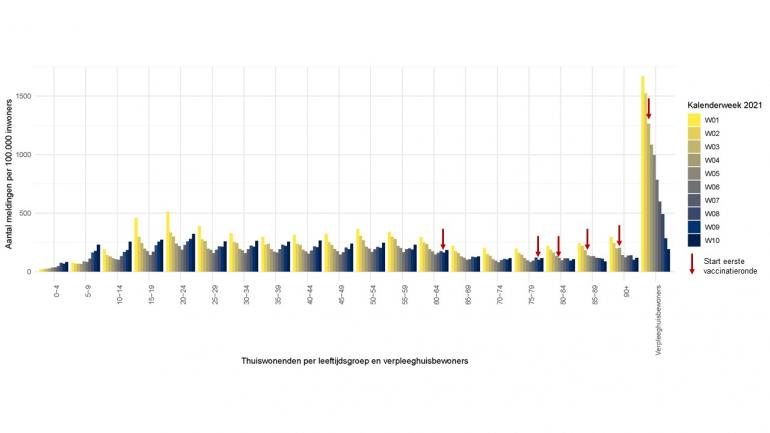 The number of hospital admissions is also decreasing among people aged 80 years and over, probably due to the start of vaccination in this group. Unfortunately, this has not relieved pressure on hospitals, since patients who are admitted to hospital are generally younger than that. Figure 2 shows that the percentage of hospital admissions among people over 80 has decreased significantly compared to other age groups since vaccination started. This indicates that the vaccination programme is having a positive impact. 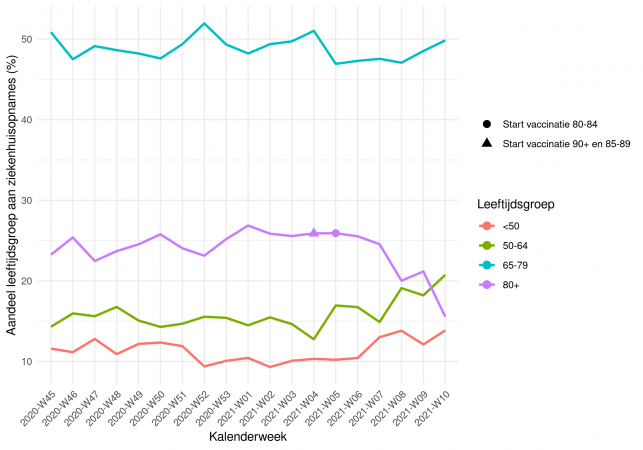