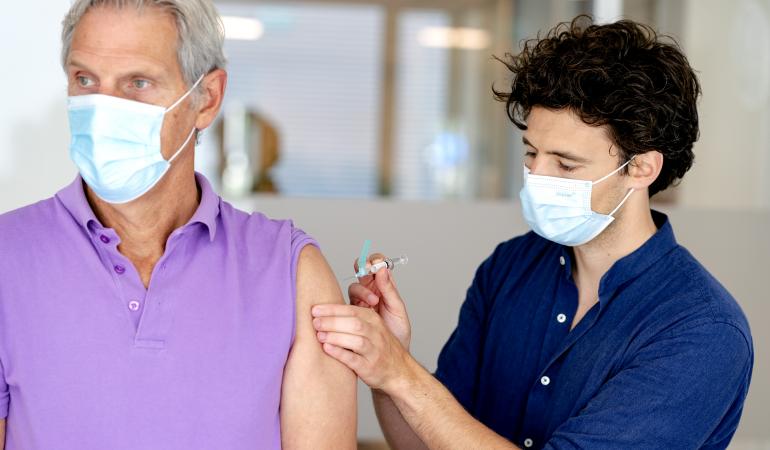 If the European Medicines Agency (EMA) approves BioNTech/Pfizer’s COVID-19 vaccine next week, the first people in the Netherlands will receive the COVID-19 vaccine on Friday 8 January 2021. RIVM, the Ministry of Health, Welfare and Sport (VWS) and the Municipal Public Health Services (GGDs) have agreed on that date.

The first invitations will be sent starting on Monday 4 January. The first group to be invited will be employees working in nursing homes, disability care, district nursing and WMO-based support provided under the Social Support Act. Those who receive an invitation can make an appointment by telephone. At a later stage, it will also be possible to make an appointment digitally. No later than Monday 11 January, the GGD will start vaccinating at three locations in the Netherlands. From Monday 18 January on, vaccination will take place at 25 central locations.

This timeline is the fastest feasible planning, taking into account all the due diligence and steps that can only be taken after EMA approval. The Health Council of the Netherlands will issue an accelerated advisory report on the suitability of the vaccine for specific target groups. In addition, information from the EMA, the Medicines Evaluation Board (CBG-MEB) and the Health Council of the Netherlands on any side effects and contraindications (specific medical situations in which the vaccine is not recommended) also needs to be incorporated into the RIVM medical guidelines, in IT systems and in call scripts used in the GGD call centre, and at the vaccination locations. All the systems will also be tested extensively.

First delivery before the end of this year

The first 500,000 doses of the BioNTech/Pfizer vaccine are expected to be delivered to the Netherlands before the end of this year. Delivery is expected shortly after the European Commission’s decision on marketing authorisation. The definitive delivery schedule is currently being finalised with the supplier.

Communication about the vaccine and the vaccination process will also be expanded considerably in the next few weeks. RIVM will ensure that all implementing parties have access to the right information to be able to provide vaccinations. The Ministry of Health, Welfare and Sport has launched a public information campaign.