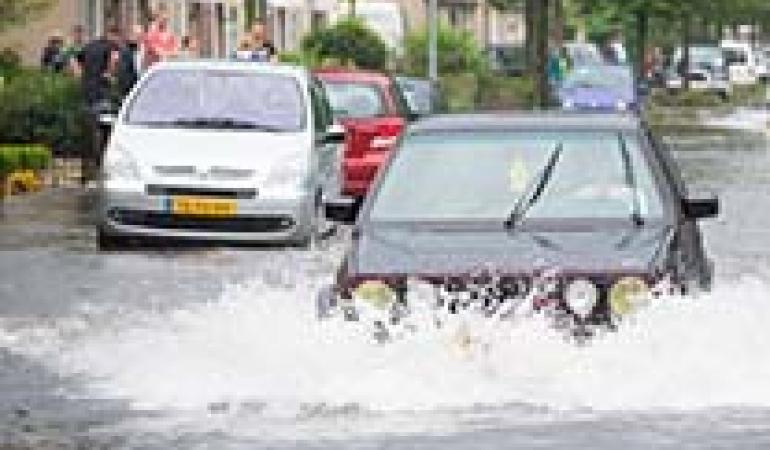 In cases of extreme rainfall over a short period of time, sewerage systems may be unable to immediately drain rainwater away, causing it to remain on the streets or cause inconvenience in houses or buildings. People who come into contact with this water have a 3 to 7 times higher risk of (mild) health complaints, such as diarrhoea, vomiting, a sore throat or skin complaints, as demonstrated through a survey by the Dutch National Institute for Public Health and the Environment, RIVM.

The study by RIVM demonstrated that 33% of the respondents came into contact with water in the streets after extreme rainfall. Rainwater in the streets or house may be polluted by sewage water bubbling up out of the sewerage system, and may also contain pollutions such as dog and bird excrement. It is estimated that every year about 8,000 locations in the Netherlands suffer from flooding.

Various mild health complaints may be caused, depending on the type of contact with the water. The study demonstrated that hand-contact with floodwater was particularly associated with gastrointestinal and dermatological complaints, whereas respiratory complaints were associated with cycling or walking through water in the streets, causing it to splash up.