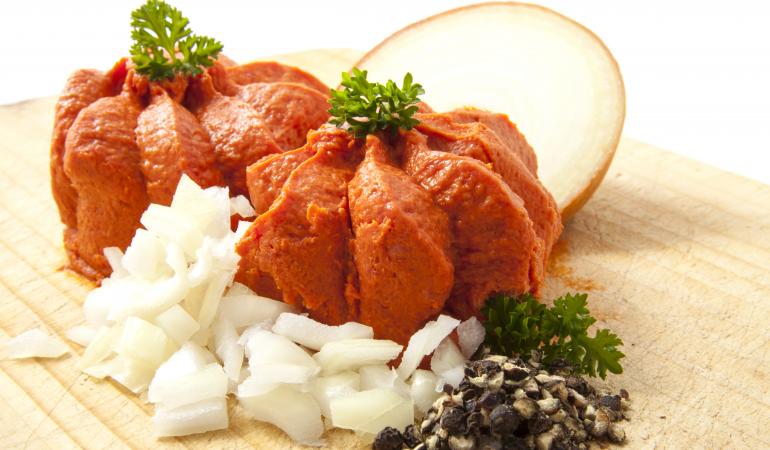 If the popular Dutch spread for on bread made of raw ground beef, called filet americain is frozen for a minimum of 48 hours at a temperature of -12 degrees, a Toxoplasma infection is prevented. This leads to a decrease in the disease burden of toxoplasmosis, a decrease in healthcare costs, costs of special education and costs due to productivity losses. This is concluded in an RIVM study that has been published in an article in the scientific journal PLOS ONE.

Toxoplasmosis can be the result of eating raw meat products and especially filet americain. This infection gives few complaints to the majority of infected people but can have severe consequences in people with underlying severe suffering such as cancer, Crohn's disease, organ transplants and in pregnant women. In the latter group, toxoplasmosis can lead to miscarriages, premature births and congenital brain and eye disorders in the child. Approximately 750 people fall ill each year due to toxoplasmosis, with just under half of these cases being congenital defects. Approximately 50% of the cases are attributed to eating meat products.

Social-Cost benefits between 10 and 30 million

RIVM performed a Social Cost-Benefit Analysis of the intervention to freeze standard high-risk meat products. Freezing filet americain (also called steak tartare) is particularly beneficial because the consumption of this meat product is one of the most important risk factors of getting toxoplasmosis from eating meat. This became apparent from previously published research by RIVM. The costs of the intervention (higher power consumption to cool the meat product) are much less than the revenues. The social-costs benefits are estimated at 10 to 30 million euros per year, with the vast majority of the benefits being improved quality of life because the chronic effects of toxoplasmosis are avoided.