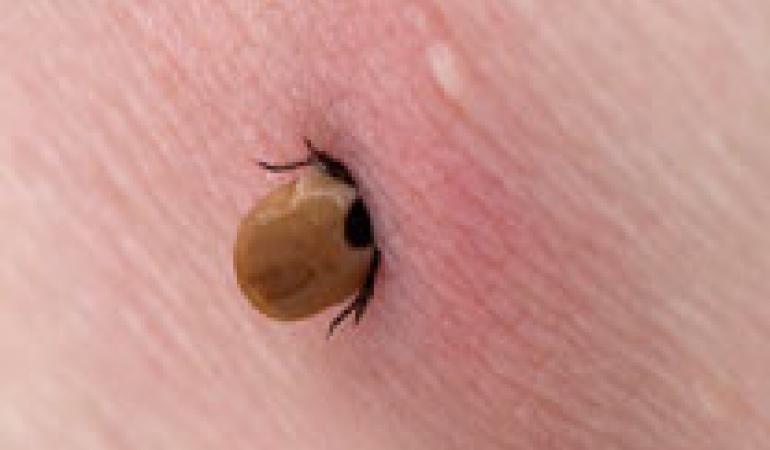 It is expected that over the coming month, around half a million people will be bitten by a tick. Last month, considerably more tick bites have been reported compared to previous years. Tick bites can transmit Lyme disease, so it is important for people to check themselves thoroughly for tick bites after spending time in the countryside. People who have contracted Lyme disease can participate in the research into long-term complaints after being infected with Lyme. The health of participants is monitored for a year, and 500 more people can join in the project this year.

Over the past three years, most tick bites were reported in July, so it is important in this time of year that people check themselves carefully for tick bites after spending time in the countryside. The longer a tick is attached to the skin, the higher the risk of developing Lyme disease. It is therefore important to remove ticks as soon as possible and monitor the bite location for three months afterwards. Be sure to contact your GP if a circular expanding rash appears at the place of the tick bite, or if you experience flu-like or other complaints; these can be symptoms of Lyme disease.

People who have been diagnosed with Lyme disease can participate in research that focuses on the prevention and treatment of long-term complaints after Lyme. RIVM started this unique research project in conjunction with the Lyme centres of the Academic Medical Center (AMC), Radboudumc and Gelre hospitals Apeldoorn. People who contract Lyme disease can report for participation via www.tekenradar.nl or their GP.

Last year, large parts of the Netherlands were shown to be an extremely good year for mice, and many bird of prey species benefited. Ticks also benefit from large numbers of mice because they are important hosts. It is assumed that last year many ticks were able to capture blood. Larvae and nymphs use the blood to reach their next life stage and females require blood to lay eggs.