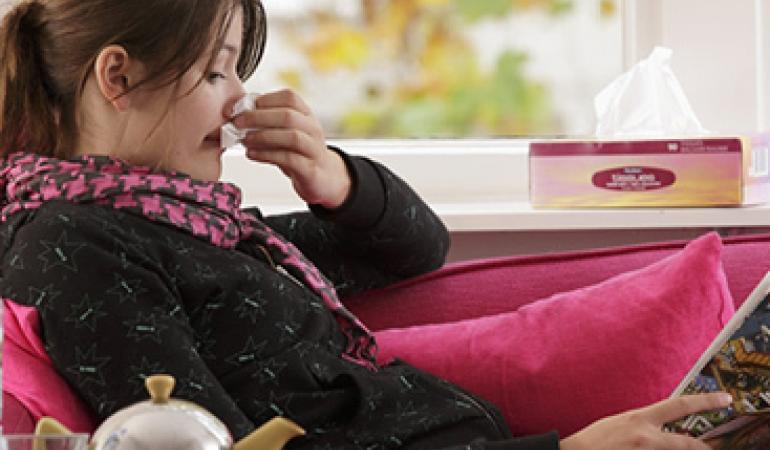 During the winter of 2016/2017 the influenza epidemic lasted for 15 weeks. This is longer than the nine-week average epidemic duration in the twenty previous seasons. An estimated 500,000 patients had symptomatic influenza. The influenza vaccine of 2016 was moderate effective against the influenza viruses this winter. These conclusions are presented in RIVM’s annual report on influenza and other respiratory infections 2016/2017.

During the entire epidemic, type A (H3N2) influenza virus has been found. In general, baseline natural immunity against A(H3N2) is relatively low among the elderly. Indeed, the number of patients older than 65 years, who visited a general practitioner (GP) for influenza-like symptoms, was higher than last year when influenza A(H1N1)pdm09 predominated. In nursing homes, the number of patients with influenza-like symptoms was also high.

In total, an estimated 500,000 patients had symptomatic influenza in the period between the beginning of October 2016 and the end of May 2017 and 6,500 patients were admitted to hospital for influenza-related symptoms. During the epidemic, there were 7,500 more deaths than expected in this 15-week period.

There was a reasonably good match between the influenza vaccine and the A (H3N2) virus that caused flu this year. The World Health Organization (WHO) has therefore recommended to use the same A (H3N2) vaccine virus next year. The B virus in the influenza vaccine next year will remain the same, but the vaccine virus A (H1N1) pdm09 will be replaced with a more recent virus. The effectiveness of the vaccine varies every season because it is never known which influenza virus(es) will dominate in the next influenza season. Also, the circulating influenza viruses can evolve over time and deviate from the chosen vaccine viruses.