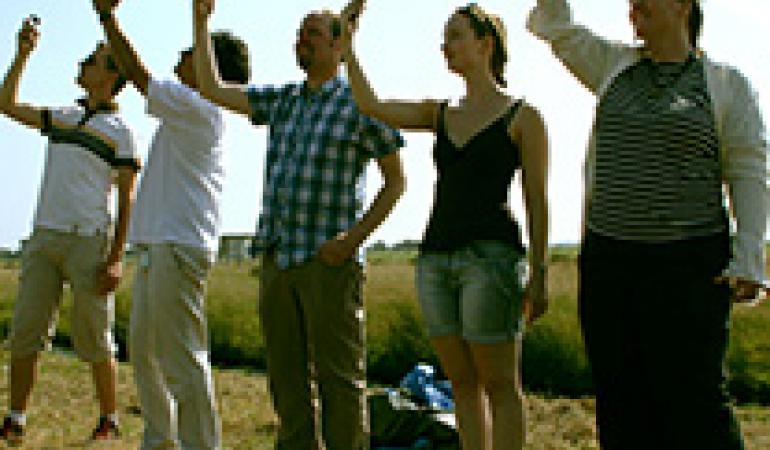 In the coming weeks, citizens from major European cities will measure fine particles in the air with their smartphone. They will contribute to new insights into levels of air pollution for their city. The European iSPEX project follows an initial iSPEX project in the Netherlands.

Citizens of Athens, Barcelona, Belgrade, Berlin, London, Copenhagen, Manchester, Milan and Rome are encouraged to use their iPhone to measure the cloudless sky in the period of 1 September to 15 October 2015. Nine-thousand people received an iSPEX add-on for their iPhone. Also people in the Netherlands that still have their iSPEX add-on from the initial iSPEX project are invited to participate.

Using these citizen science measurements the iSPEX team will produce European fine particle maps. The iSPEX project is a joint project initiated by scientists of the University of Leiden, NOVA, KNMI, SRON, and RIVM. For the European iSPEX campaign the Dutch institutes collaborate with local research and educational institutes.

In 2013 thousands of Dutch people measured fine particles in the air with their smartphone. Scientists used these data to produce detailed fine particle maps. The iSPEX-project proved to be a success as a citizen science project.

The European iSPEX project takes place in the context of the International Year of Light 2015 and has received funding from the European Union’s Horizon 2020 research and innovation programme.

RIVM is responsible for the official air quality measurements in the Netherlands. The rapid developments in the field of small inexpensive sensors makes that these official measurements are increasingly complemented with measurements by citizens or other stake holders. RIVM is currently investigating the best strategy to employ this type of data.