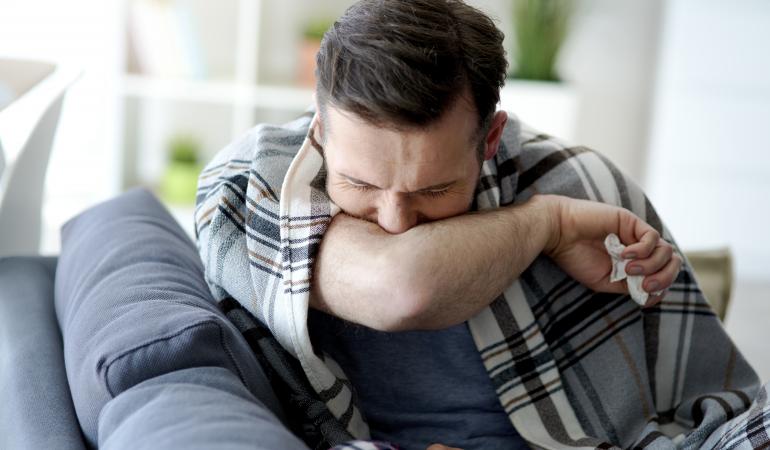 The flu epidemic in the winter of 2019/2020 was mild and lasted only 5 weeks. The last two weeks of the epidemic, in the first half of March, coincided with the start of the COVID-19 epidemic in the Netherlands. Another striking occurrence was a sharp increase in the number of cases of parrot disease (psittacosis) in 2019. This is stated in the RIVM annual report on flu and other respiratory infections.

A total of 400,000 people had influenza (flu) between October 2019 and May 2020. About 74,000 people went to their GP with flu-like symptoms. Most of them became ill with the type A influenza virus. Although a flu epidemic normally lasts an average of 10 weeks, last winter it lasted only 5 weeks.

During the 2019/2020 flu epidemic, 600 more people died than usual. This ‘excess mortality’ is probably related to the flu. People who received a flu shot were 48% less likely to get the flu during the flu season. The effectiveness of the vaccine was about the same as in previous flu seasons.

COVID-19 epidemic in the Netherlands

The annual report on flu and other respiratory infections also includes the data on COVID-19 for the duration of the flu season, the period until 17 May 2020. In the Netherlands, the first infection with SARS-CoV-2, the coronavirus that causes the disease COVD-19, was confirmed on 27 February. Up to 17 May 2020, the Municipal Public Health Services (GGDs) reported 43,993 people with COVID-19; 11,095 of those people were hospitalised due to COVID-19. During the same period, 9,600 more people died than usual.

RIVM publishes an overview of the number of people with flu and other respiratory infections every year. The report also indicates how often other pathogens causing respiratory symptoms are reported. The number of reports remained the same for most pathogens (such as tuberculosis and Q fever). There was a notable increase in parrot fever (psittacosis) in 2019, with 91 infections. This is the highest number of cases since 2010.