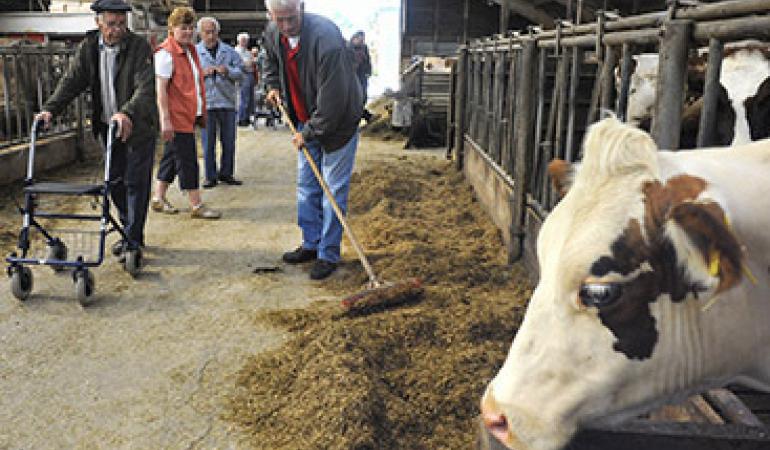 In 2015, the previously reported  increase in the number of people with leptospirosis (Weil’s disease being its most common form) is continuing. In 2014 there were annually approximately 30 patients diagnosed compared with 90 patients in 2015, an increase seen across Western Europe. This is evident from the Zoonotic Diseases Report 2015 published on  December 1st. Furthermore, this edition provides an insight into the risks of zoonotic diseases on farms with additional activities and provides examples of  measures for the prevention of diseases.

In the Netherlands, small rodents, such as rats and mice, are the main disseminators of leptospirosis. Surface waters and mud can become contaminated by urine of rats . A number of participants competing in a so-called ‘Mud Run’ in the Netherlands were diagnosed with leptospirosis as a result of this contamination. This disease, of which Weil’s disease is the most serious form, has been diagnosed frequently in Western Europe in recent years. This may be linked to the mild winters and wet summers and an increase of the number of rats.

Also in 2015, a remarkable increase was reported in the number of guinea pigs with dermal fungi. People, especially children, can also become infected and get ringworm. Infection with this fungus is generally not a serious thread, but can be very annoying and sometimes difficult to treat. If this skin fungus occurs in humans, it is possible that a home held guinea pig is the source of the contamination.

Feeding raw meat and organs to dogs and cats is becoming increasingly popular. Because this raw food  can contain parasites and bacteria such as Salmonella, it is recommended not to feed this food to pets . Also, such pathogens can be passed on to humans. This could be a risk especially to children, the elderly, pregnant women or people with weakened immune systems.

The number of farmers exploiting ‘side-line activities’ on their farm is rapidly increasing. Examples of these secondary activities are care farms, petting zoos, agricultural tourism, private dairy production with farm shops, farmers with raw milk distribution points and agricultural day care for children. The industry has taken measures to limit the risks of spread of zoonosis. Examples are: quality certification for optimum hygiene, the implementation of hand-washing facilities and the advice for pregnant women to stay away from sheep and goats who have recently lambed/kidded. This Zoonotic Diseases Report  includes an inventory of the risks and various existing measures.

Zoonoses are infectious diseases that can be transmitted from animals to humans. The zoonoses that play a role in the Netherlands are listed annually in the Zoonotic Diseases Report, in this case for the year 2015. This report also contains a summary of the degree in which notifiable zoonoses occur in Dutch animals and in humans. The report was presented at the tenth National Zoonoses Symposium in the Netherlands organised by RIVM and The Netherlands Food and Consumer Product Safety Authority (NVWA).