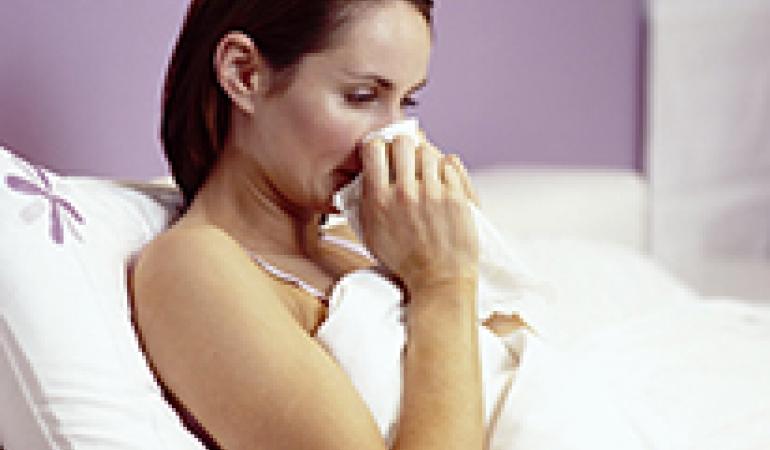 Last winter season, the duration and severity of the influenza epidemic was moderate compared to previous years. There were more notifications of the notifiable respiratory infectious diseases tuberculosis) and legionellosis in 2015 than in previous years. This is concluded from RIVM’s Annual report Surveillance of influenza and other respiratory infections in the Netherlands 2015.

The effectiveness of the influenza vaccine (44 per cent) was better than last season although the trivalent influenza vaccine for the 2015/2016 season contained the B Yamagata lineage and not the B Victoria lineage. For next year's trivalent vaccine, the WHO has therefore recommended replacing the Yamagata lineage with the Victoria lineage. The dominating influenza virus type A(H1N1)pdm09 had a good match with the vaccine strain.

The flu season usually occurs in the period from December to March. In recent years, it lasted an average of 12 weeks. However, the length of the flu season and the severity of the prevailing influenza may vary considerably. From October, people over 60 years of age, with a chronic medical condition receive an invitation for the flu shot.

In 2016, a number of 96,000 people visited the GP for pneumonia. Pneumonia can be caused by various pathogens, including the influenza virus. Each year, many people are hospitalised with pneumonia or other severe respiratory symptoms. RIVM is currently developing a surveillance system for acute severe respiratory infections in cooperation with hospitals.

Other diseases of the respiratory system

There were more notifications of the notifiable respiratory infectious diseases tuberculosis (867 notifications) and legionellosis (419 notifications) in the 2015 calendar year than in previous years . For tuberculosis, this is mainly due to an increase of asylum seekers in the Netherlands in 2014 and 2015 from high incidence countries. For legionellosis, the increase may be associated with the warm and wet weather conditions in 2015.