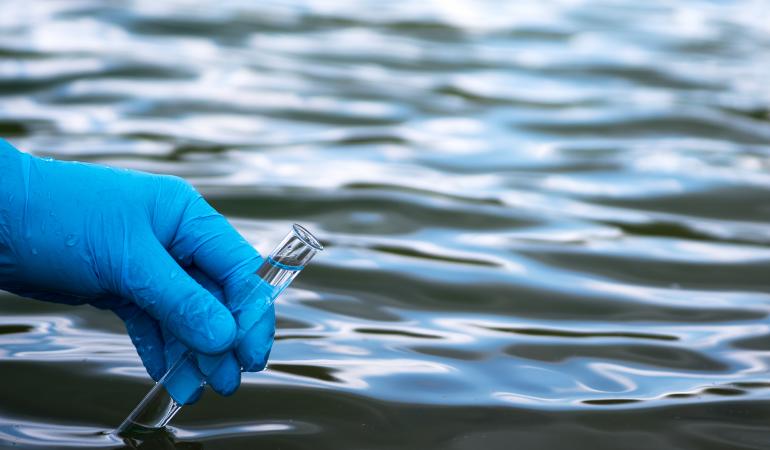 In the Netherlands, many illegal drugs, such as amphetamines and XTC, are manufactured in illegal laboratories. The drug waste is disposed of in nature or in the streets in barrels or is even occasionally dumped into the sewers. Every year, the police in the Netherlands uncover around 200 illegal discharges of drug waste. This is most common in the south and east of the country.
In roughly 20% of cases, drug waste is disposed of in close proximity to areas where groundwater is extracted for the production of drinking water.

Drug waste is a mixture of hazardous substances, many of which are harmful to human health. High concentrations of these substances are occasionally detected in surface water or treated sewage water. Measurement of these harmful substances is not standard procedure for Dutch water.

The police and fire brigade are often the first to attend the dumped drug waste. It is vital that these services communicate effectively with drinking water companies and water boards. If these parties are able to connect with one another more rapidly and effectively, this may limit the damage caused by illegal disposal of drug waste.
RIVM recommends the development of a protocol that sets out clearly who is able to take measures at that specific time and which measures those are.