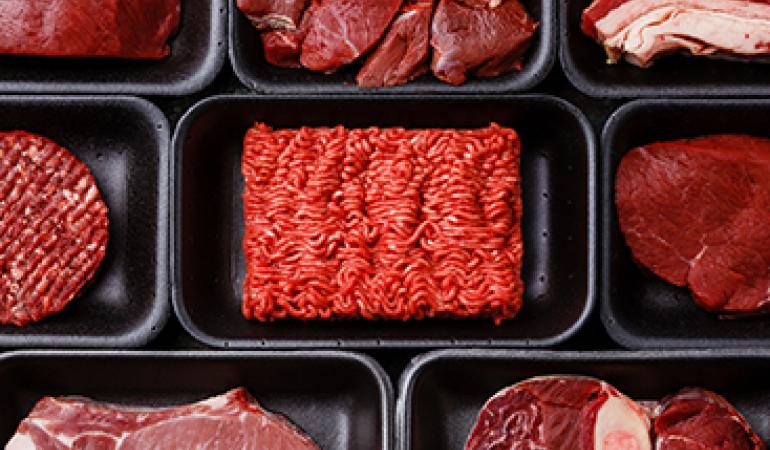 Humans can be exposed to ESBL-producing bacteria in various ways. One of these is foodborne transmission through meat. RIVM has calculated to what degree different types of meat contribute to the exposure of humans to ESBL-producing bacteria. Of the types of meat that were investigated, beef was responsible for approximately 78% of the total exposure resulting from eating meat. This is due primarily to the fact that some beef products are eaten raw, such as steak tartare. ESBL-producing bacteria are found most often on raw chicken meat. As it is usually cooked quite well before consumption, the exposure via chicken meat is much lower (18%). However, persons can become exposed through raw chicken meat as a result of cross contamination in the kitchen, for example by cutting chicken and vegetables with the same knife and/or on the same cutting board. The extent of exposure via meat compared with other routes of infection is still unknown and was not investigated in this study.

ESBL stands for Extended Spectrum Beta-Lactamase. This is an enzyme produced by bacteria that breaks the structure of certain types of antibiotics (penicillins and cephalosporins) . The bacteria that are capable of producing ESBLs are often commensal intestinal bacteria (Klebsiella, Escherichia coli). About 5% of the Dutch population carries ESBL-producing bacteria in the gut. Such bacteria are harmless as long as they are situated in the intestine of healthy persons. They can, however, cause difficult to treat infections such as cystitis. Infections with these bacteria are particularly a problem in hospitals.

The focus of this study was on the difference between types of meat. This involved literature research, there were no new laboratory tests performed for these calculations. The calculations take into account the influence of various factors that affect the presence of bacteria on meat: types of pre-processing (heating, salting, drying/fermenting), storage conditions (room temperature, refrigerator, freezer), and the method of preparation in the kitchen (raw, thoroughly cooked, half cooked, the degree of cross contamination, et cetera).