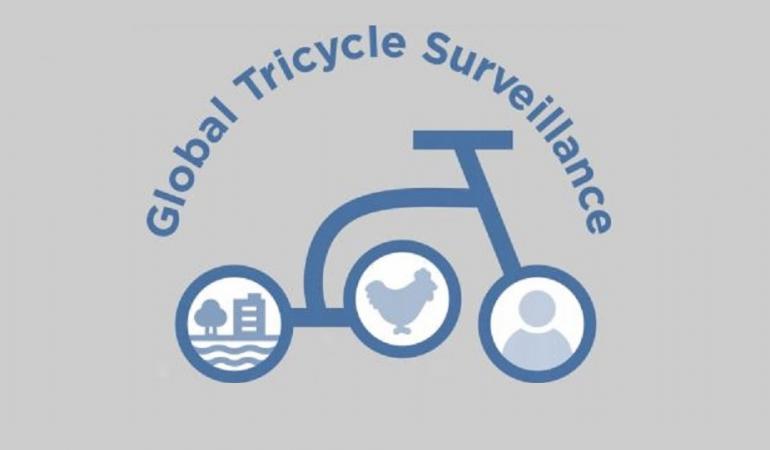 The World Health Organization (WHO) has developed a protocol for global One Health surveillance of antimicrobial resistance based on one indicator, Extended Spectrum Beta-Lactamase producing E. coli (ESBL). The Tricycle protocol can be implemented across the world and will generate comparable country data. RIVM's WHO Collaborating Centre Risk Assessment of Pathogens in Food and Water has actively contributed to the protocol development.

The Tricycle protocol represents a genuine One Health effort, as it enables comparing the prevalence of ESBL-producing E. coli in humans, animals and the environment between different countries. ESBL-producing E. coli have been chosen as the single indicator of antimicrobial resistance to increase this approach's simplicity and efficiency.

The Tricycle protocol enables countries to implement a National Integrated Surveillance System on antimicrobial resistance. WHO actively distributes it through their regional and country offices.  This approach could be extended to other subsectors and provinces.

Much effort has been directed to capacity building in the human sector through the WHO Global Antimicrobial and Use Surveillance System (GLASS), and on integrated surveillance of AMR in the food chain under the auspices of the WHO Advisory Group on Integrated Surveillance (AGISAR). The Food and Agriculture Organization of the United Nations (FAO) and the World Organisation for Animal Health (OIE) have supported many countries to increase surveillance capacities. The Tricycle protocol extends to non-human sectors and is strongly linked with WHO GLASS.