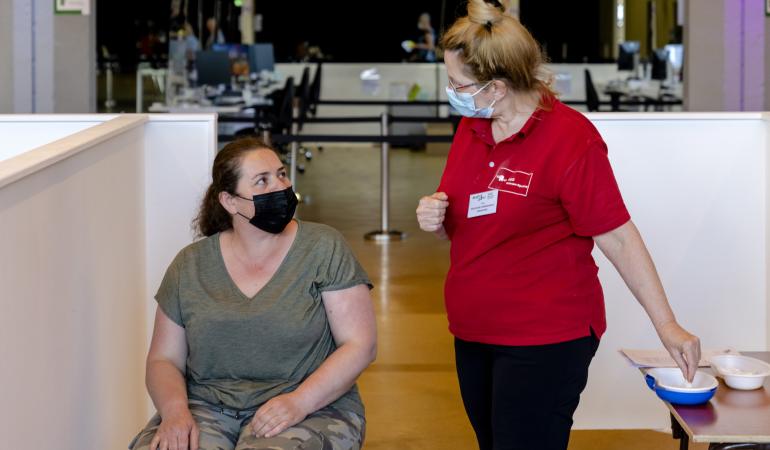 The Novavax vaccine is a protein-based vaccine which can offer an alternative for people who are hesitant about immunisation with an mRNA vaccine or vector vaccine, or for people who have a contraindication for mRNA vaccines.
As of today, people in the Netherlands who want to get vaccinated with the Novavax vaccine can make an appointment with the Municipal Public Health Services (GGDs) via the special phone number: 0800-0174.

The Novavax vaccine is a protein subunit vaccine. The vaccine contains very small particles of spike protein, which have been produced in a laboratory. It also contains an adjuvant: a substance that intensifies the body’s immune response to the protein. After vaccination, the body responds by producing antibodies against the spike protein. If the body encounters the SARS-COV-2 virus, the immune system recognises the spike proteins on the virus. In response, the immune system starts producing antibodies. The vaccine is broken down naturally by the body.

The vaccine received EMA approval at the end of December and recently became available. Vaccine effectiveness is similar to the vector vaccines and mRNA vaccines.