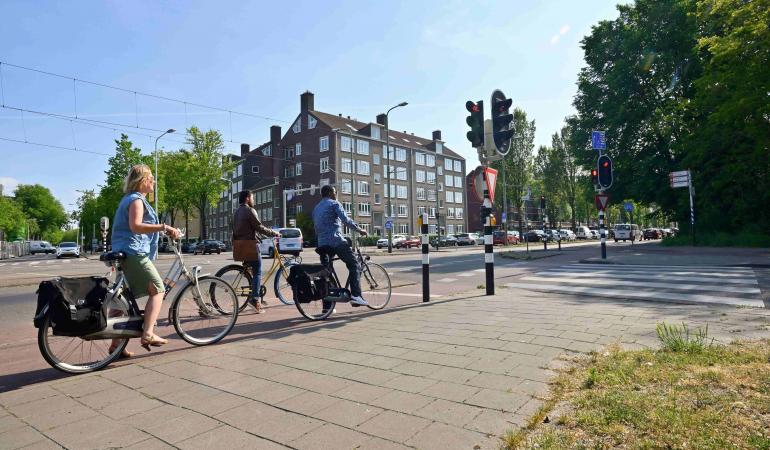 The number of infections with the novel coronavirus is increasing again. To prevent the virus from continuing to spread, it is important for people to comply with the measures: social distancing (stay 1.5 m apart), wash hands, sneeze and cough into your elbow, and use paper tissues. Also: stay home, work from home, and get tested at the first sign of symptoms.

Percentage of positive tests is rising

Number of local clusters in the Netherlands

Spread throughout the country, there is an increase in the number of small local outbreaks (clusters) with at least three related infections. There are currently 96 active COVID-19 clusters in the Netherlands. The average size of these clusters is 5.4 people (range: 3-23). These infections mainly occur at home, but in recent weeks there has been an increase in infections due to contact with other family members, friends, at parties, in the workplace or in cafés. 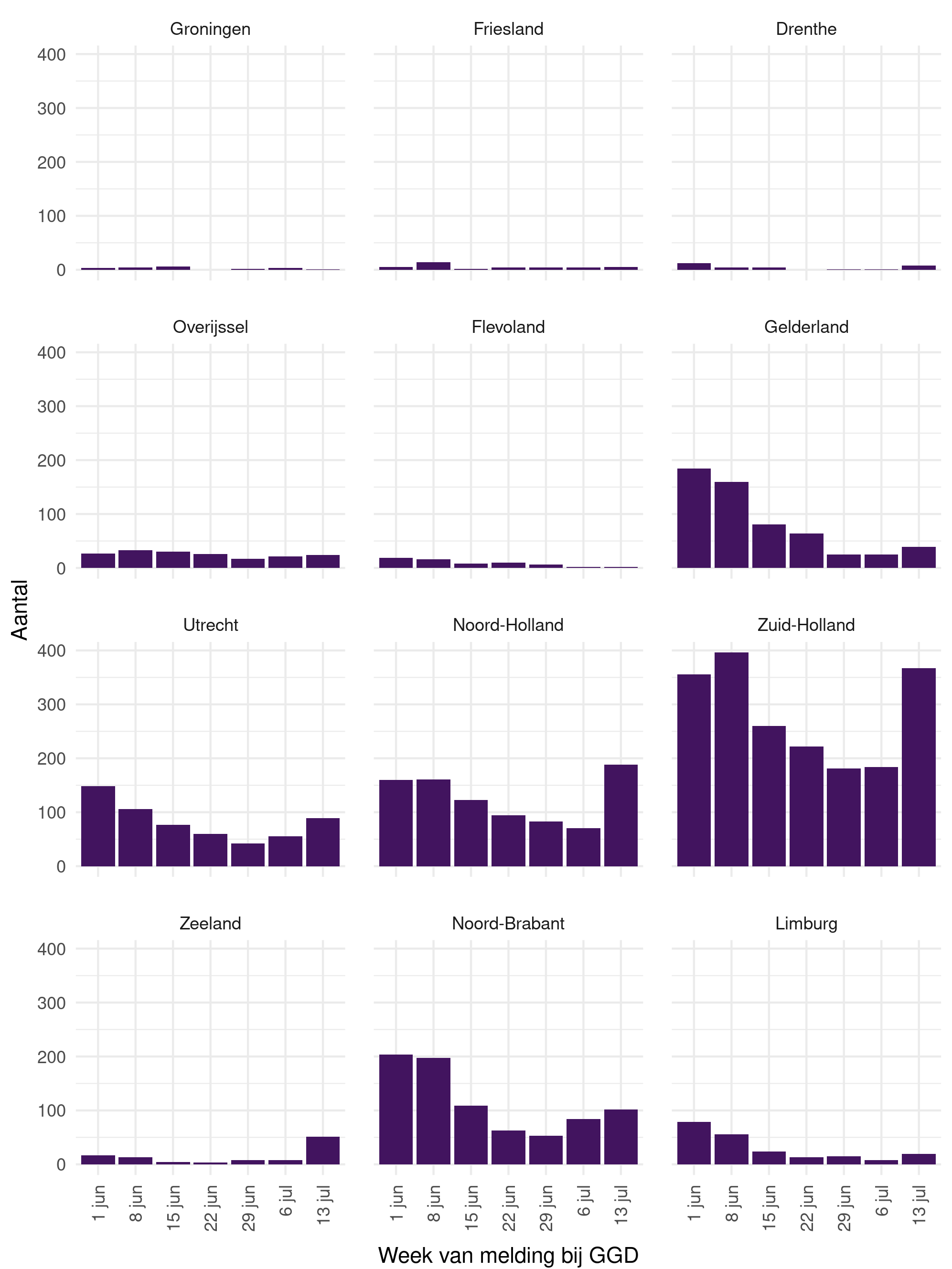 Figure:  Number of reported COVID-19 infections to GGDs per week, per province, as of 1 June 2020