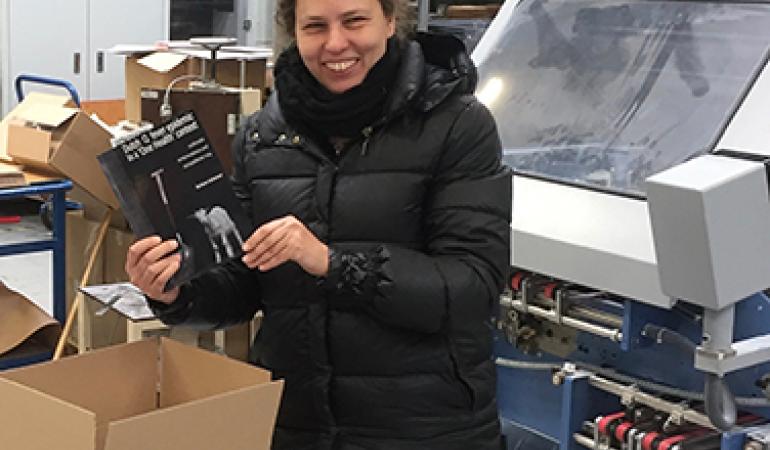 Today Barbara Schimmer will be defending her PhD dissertation entitled The Q fever epidemic in the Netherlands in a One Health context, at Utrecht University. The dissertation describes the epidemiological studies that were carried out during the Q-fever epidemic of 2007-2010. Approximately 4,000 patients with acute Q fever caused by the bacterium Coxiella burnetii, have been reported during this period. Various outbreaks and target groups were investigated in the studies and research was carried out into the source of the infections. In addition to knowledge about risk factors when contracting an infection with the Q fever bacterium in humans and animals, these studies also provide knowledge about prevention measures. For example, Q fever vaccination should be seriously considered for occupational groups who are at high risk of contracting C. burnetii infection because of direct animal contact, such as farmers.

The Q fever epidemic consisted of several seasonal outbreaks. Ultimately, more than 4,000 patients with acute Q fever have been reported, especially in the provinces of Noord-Brabant, Gelderland and Limburg. The studies showed that, in particular, dairy goat farms, some of which were struggling with abortion in their livestock, were the veterinary source of this Q fever epidemic.

Schimmer has carried out research in humans and animals in four cattle farms in the Netherlands: dairy goat, dairy sheep, meat/breeding sheep and dairy cattle. Just before the epidemic of 2007-2010, only 2.4% of the Dutch population had antibodies against Q fever. The seroprevalence of C. burnetii antibodies was similarly high for keepers of dairy goats, dairy sheep, dairy cattle and farm animal veterinarians, 69%, 67%, 72% and 65% respectively. A somewhat lower percentage, 51%, was found in the holders of meat/breeding sheep. At farm level, 43% of the dairy goat farms, 79% of the dairy sheep farms and 31% of the meat/ breeding sheep farms,  kept at least one seropositive animal. Risk factors were usually fairly similar for livestock farmers and animals within the same livestock sector. For all four sectors, the risk of contamination appeared to be greater for farms with a larger livestock population and farms located in North Brabant and Limburg.

Veterinarians, cullersdairy farmers and veterinary students appear to run a high risk of contracting an infection with the Q fever bacterium during their work. Despite the use of personal protective measures, cullershave experienced acute Q fever. For these professions, Q fever vaccination as a preventive strategy, should be seriously considered.

The studies in this thesis were carried out by the National Institute for Public Health and the Environment (RIVM), often in collaboration with researchers working at other organisations such as the Municipal Public Health Services Hart van Brabant and  Brabant Zuidoost, Academic Workshop AMPHI, Jeroen Bosch Hospital, the Animal Health Service and the Institute for Risk Assessment Sciences (IRAS) at Utrecht University.