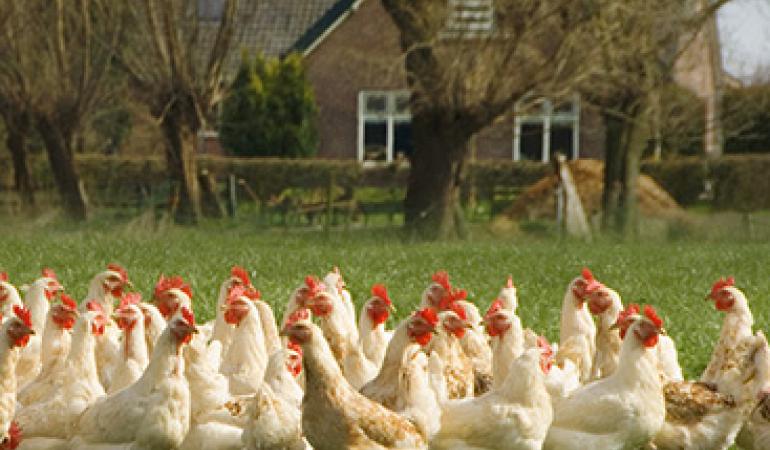 People who live near poultry farms and goat farms suffer from pneumonia more often. In the area surveyed, every year about 1650 people per 100,000 residents get pneumonia. Over 200 of these pneumonia cases are associated with living in the vicinity of poultry farms and goat farms. This has been shown from additional studies in the large-scale survey ‘Livestock farming and the health of local residents’ (VGO) carried out by Utrecht University, Wageningen University and Research, NIVEL and RIVMNational Institute for Public Health and the Environment . The new results confirm earlier findings from the VGO in 2016.

People who live near goat farms also get pneumonia more often. This increase can be seen in all the years studied, from 2009 through to 2013. Of the 200-plus extra pneumonia cases that are associated with living in the vicinity of livestock farms, an average of 89 are related to living near goat farms. It is not yet clear what the cause of these cases of pneumonia is. It is however already clear that Q-fever does not explain the elevated risk since 2011. As far as is known, goat farms do not emit much particulate matter or endotoxins. Further investigations are required to find specific causes of this increase. Only then will it be possible to recommend measures that the businesses can take.

In the new study, the results are based on other – often more extensive – analyses, which means that the researchers can be more confident of the correlations. Other results from the VGO include:

The VGO survey was started in 2013. It has used anonymised data from GPs of about 110,000 patients, about 14,000 questionnaires about respiratory complaints, and almost 2,500 people took part in a medical examination. This involved them completing questionnaires and having their blood, pulmonary function and stools tested. This is the first time worldwide that a study has been set up on such a large scale. The study was commissioned by the Ministry of Health, Welfare and Sport and the Ministry of Economic Affairs.