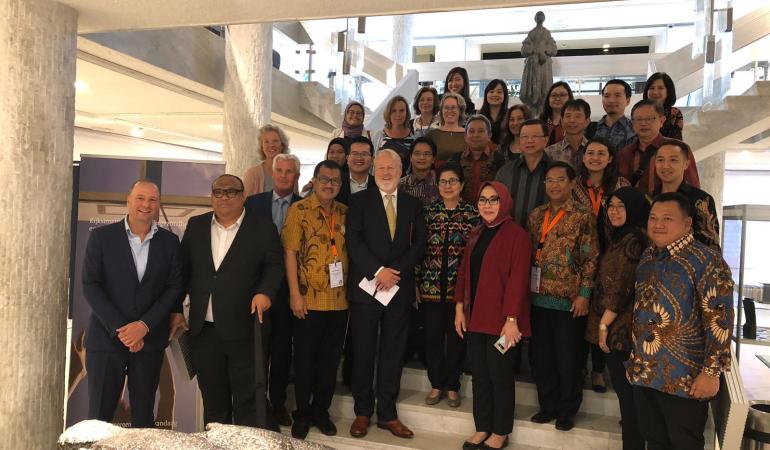 The Indonesian delegation visited RIVM after attending the second ministerial conference on AMR. The international ministerial conference on antimicrobial resistance was organised by the Netherlands on 19 and 20 June in Noordwijk. International cooperation in fighting antimicrobial resistance (AMR) is to be stepped up. Countries will work together more closely in the future, and a fund is being launched to support action against AMR around the world. The Netherlands pledged an initial $5 million to the new fund and will collaborate closely with Indonesia.