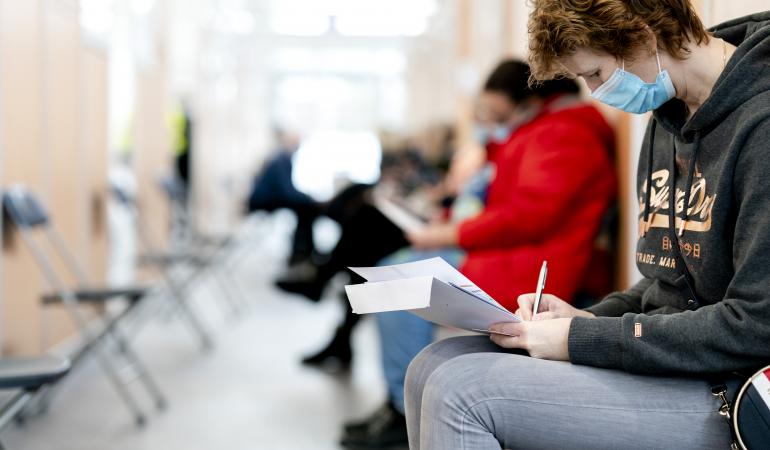 In the week from 10 to 16 March, 39,527 people received a positive test result for COVID-19, nearly 25% more than in the week before that. The reproduction number completely above 1 this week. That means that the number of SARS-CoV-2 infections in the Netherlands is increasing. The number of people with COVID-19 in hospital or ICU remains high. 1,234 people with COVID-19 were admitted to hospital in the past week. That is slightly more than the number of new admissions in the week before that.

Nearly 461,000 people have been tested for SARS-CoV-2 in the GGD test lanes in the past week. This is an increase of nearly 99,000 tests (+28%) compared to the week before that. The number of people who were tested for the SARS-CoV-2 coronavirus has increased every week for the past four weeks (Figure 1). Children aged 0 to 12 were tested most frequently last week, followed by people aged 30 to 39. Getting tested if you have symptoms is an important cornerstone in the fight against the virus. The more people who get tested, and stay home if they have COVID-19, the greater the chance that we will be able to curb the spread of the virus together. The percentage of positive tests decreased from 8.0% a week earlier to 7.7%* in the past week. 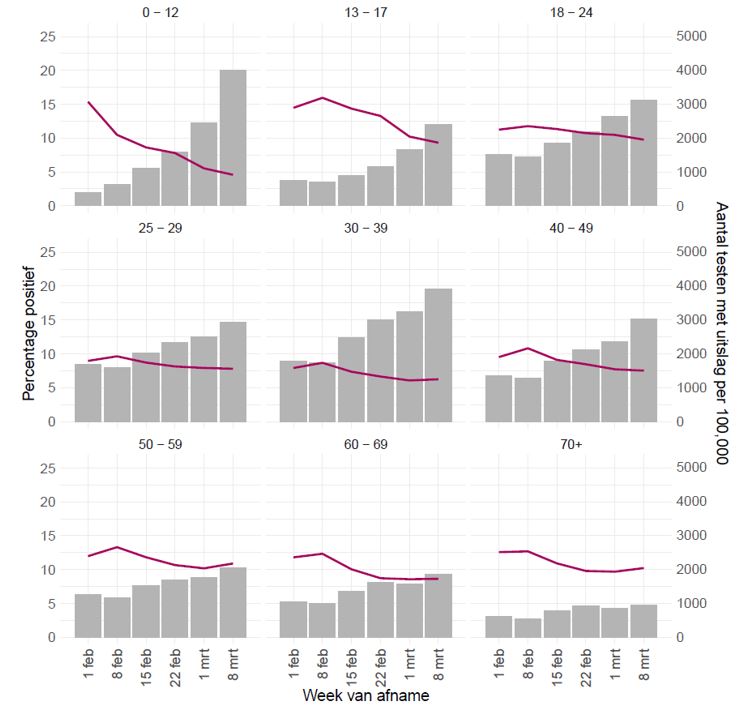 Figure 1: Number of tests with results (grey bars) and percentage of positive tests (red line) in the GGD test lanes per age category per week

In the past week, the highest number of positive tests per 100,000 inhabitants was reported in the regions of Noord-Holland-Noord, Zaanstreek-Waterland, and Zuid-Holland-Zuid. The security regions with the fewest reported positive tests per 100,000 inhabitants were Limburg-Zuid and Gelderland-Midden. All the daily updates for each security region are posted on the Coronavirus Dashboard.

Variants of the coronavirus SARS-CoV-2

A previously unknown variant of the virus has been found in eight people in France, according to reports from the French Ministry of Health. These eight people were tested as part of a cluster and initially tested negative. The test they were given only used a nose swab. The new variant was discovered during further investigation of the genetic building blocks of the virus found in the hospital test samples. Initial indications are that this variant is not more contagious than other variants, and is not more likely to cause severe illness. Based on the information currently available regarding mutations in this new variant, the PCR tests used in the Netherlands do seem to be able to detect this variant. It is possible, however, that this variant may be more difficult to detect from a sample taken from a nose swab. It seems possible that this variant is less present in the nose, and is instead found mainly in the lower respiratory tract. The new variant is being subjected to further research. This French variant has not yet been found in pathogen surveillance in the Netherlands.

Are you considering getting tested? Then get tested.

Relaxed measures may lead to more infections as the number of contact moments increases. Follow the COVID-19 rules. Avoid contact with others as much as possible. If you do meet up with someone, stay 1.5 metres apart. Wash your hands frequently, and in any case when you arrive somewhere or come home. Do you have any symptoms? Stay home and get tested. Do you have COVID-19? Then stay home, avoid contact with others, and cooperate with source and contact tracing by the Municipal Public Health Services (GGDs). This is how we can stop the virus from spreading.