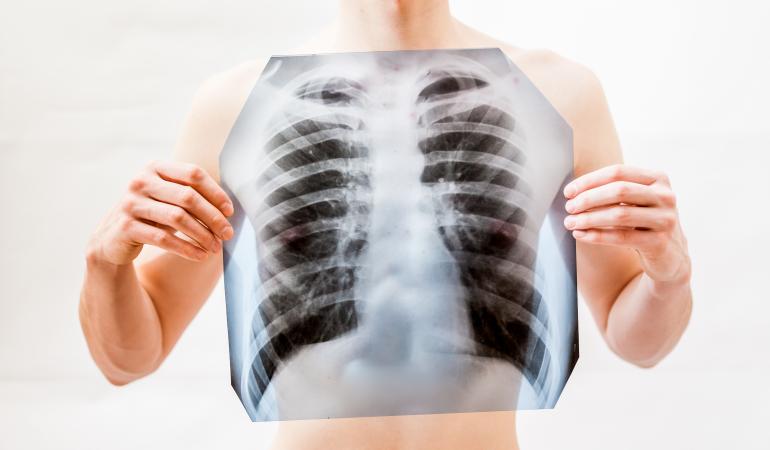 The key figures of the National Institute for Public Health and the Environment (RIVM) show that in 2018 there were 806 TB patients in the Netherlands. This is 3 percent more than in 2017 (784). 469 TB patients had pulmonary tuberculosis, 204 of the most contagious form (open tuberculosis). From the remaining 337 patients, TB presented itself extrapulmonary.

The majority of Dutch TB patients come from countries where tuberculosis is common. In 2018, the largest group of TB patients will be from Eritrea. The treatment of TB consists of a combination of different types of antibiotics. A severe form of antibiotic resistance occurred in seven patients. A latent tuberculosis infection was reported for 1375 persons in 2018. That means that people have been infected by TB bacteria but are not sick of it.

Tuberculosis is a notifiable infectious disease that is caused by a bacterium. People can carry the bacterium for a long time without becoming ill (latent TB infection). Later the disease can still occur. Asylum seekers and immigrants from high TB incidence countries are screened for disease when they enter the Netherlands.

Tuberculosis is usually well treatable with antibiotics. The treatment takes a long time. Patients need to take their medication for at least six months every day.

On 24 March 2019, World Tuberculosis Day is intended to raise awareness regarding the worldwide spread of tuberculosis and the efforts of eliminating the disease. KNCV Tuberculosis Foundation  then launches a new public campaignon www.TBCvrij.nl 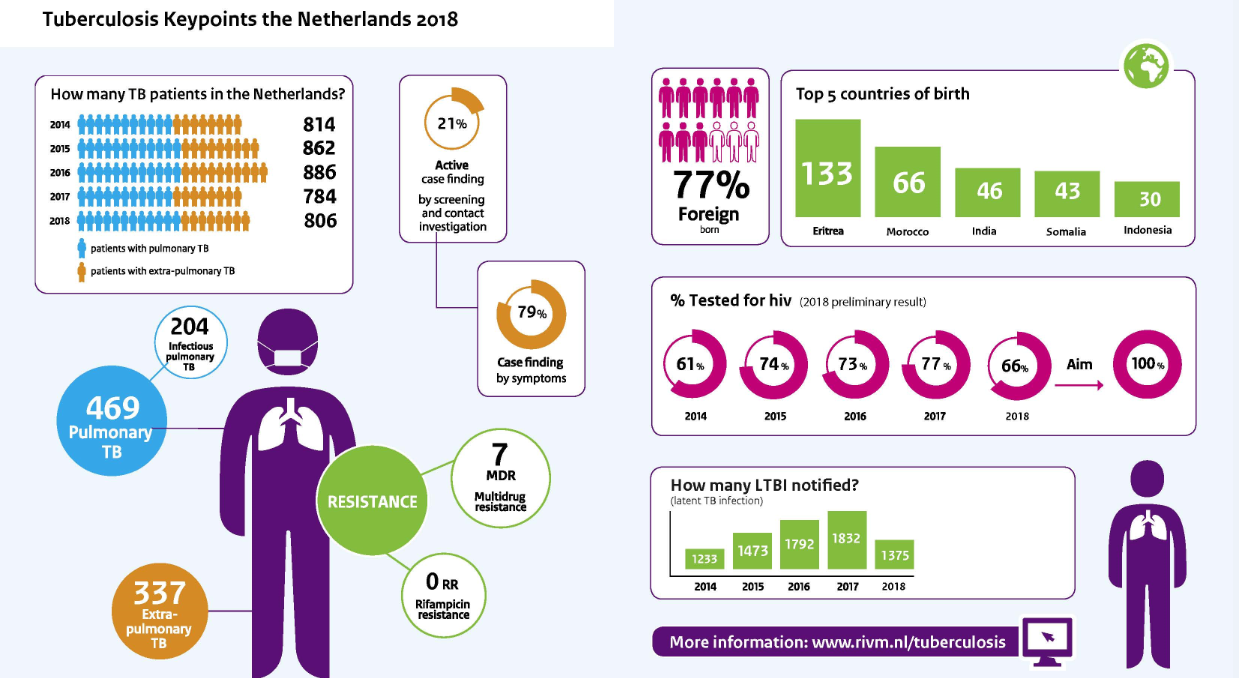