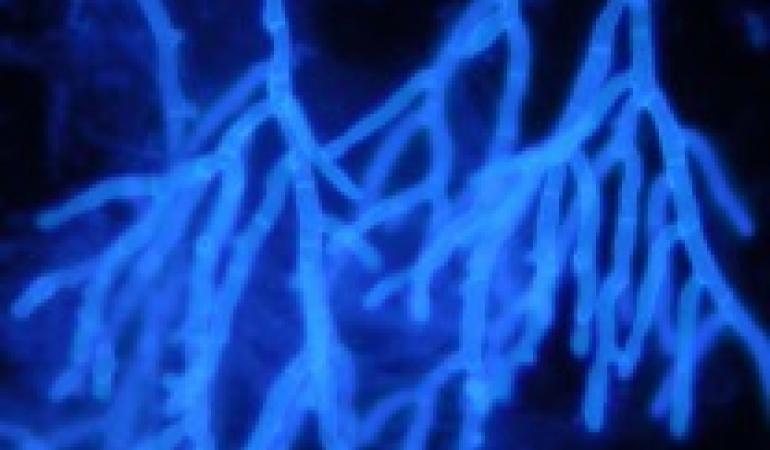 The Dutch National Institute for Public Health and the Environment (RIVM) has been commissioned by the Dutch Ministry of Health, Welfare and Sport (VWS), in cooperation with Radboud University Medical Center (Radboudumc), the Centre for Agriculture and Environment (CLM) and Wageningen University and Research Centre (WUR) to conduct a study over the next two years on the resistance of the Aspergillus fumigatus fungus to fungicides. The purpose of the study is to better understand the development and spread of the resistant fungus in order to take steps to reduce problems caused by resistance. RIVM has final responsibility for conducting the study and shall formulate policy recommendations based on the outcome.

Aspergillus fumigatus is very common in our surroundings, producing spores that people inhale. Healthy people rarely get sick from inhaling these spores, but the fungus can cause illness in certain patient groups. These risk groups include patients with chronic lung diseases and patients with a greatly reduced resistance, for example, in the treatment of leukaemia and after bone marrow or organ transplantation. Research by the Radboudumc has shown that when the infection is caused by the resistant form of the fungus, treatment is very difficult since the most commonly used anti-fungal agents, the azoles, no longer work.

Research has also shown that the most resistant infections are caused by resistant fungi that are already present in our surroundings. It is thought that resistance is caused by the use of anti-fungal agents, such as the azoles, in the environment. Resistant forms of the Aspergillus fungus can be found throughout the Netherlands and in many other countries.

The study that has now started focuses on a better understanding of factors that play a role in the development and spread of the resistant fungus. Initially, it will examine whether there are locations and/or circumstances where the resistant fungus originates from or is most commonly found, so-called 'hotspots'. The nature of the resistance and the presence of fungicides will be investigated at these hotspots.

Ongoing research on infections with resistant Aspergillus in patients will also be continued.