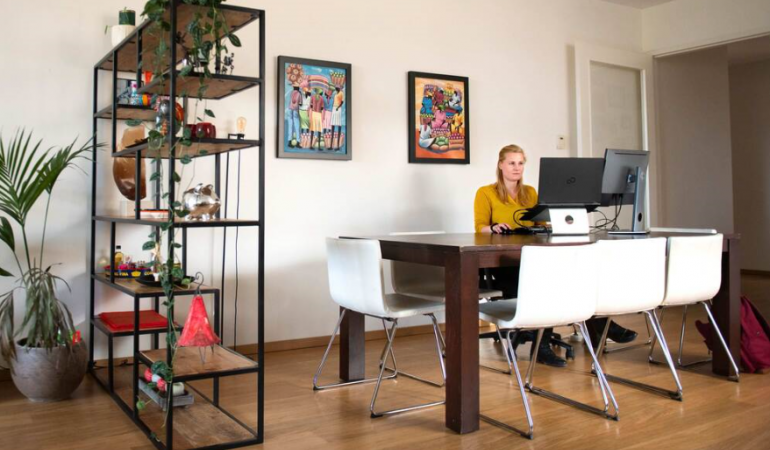 In the past week, from 20 to 26 January, the reported number of people who tested positive for COVID-19 decreased slightly, dropping by 8%. This decrease is not nearly as large as the decrease we saw in the previous week, from 13 to 19 January. The decrease then was 21.5%. The percentage of people who tested positive for COVID-19 stayed the same as the percentage of positive tests in the week before that, remaining steady at 11.7%*. With 204 infections per 100,000 inhabitants in the past week, the Netherlands is still in the serious phase of the epidemic. The number of new hospital admissions and ICU admissions decreased somewhat again in the past week. 1,264 new hospital admissions were registered in the week of 18 to 24 January, which is 182 fewer admissions than in the week before that. As a subset of these hospital admissions, 241 people were admitted to ICU wards, 14 fewer than the previous week. For the rest of the figures for this week, see the current information about COVID-19 and the epidemiological report.

The SARS-CoV-2 variant that resulted in a massive influx of patients in hospitals in the United Kingdom and Ireland is continuing to gain ground in the Netherlands. Pathogen surveillance** data shows that 8.6% of positive tests during the week of 4 to 10 January involved the more contagious UK variant. It has been estimated based on modelling that over one-third of those infected last week (20 to 26 January) have the UK variant.

The ‘South African variant’ has been found 14 times in the Netherlands by now, in pathogen surveillance and in other source and contact tracing. Most of these 14 people had a travel history that included South Africa, or had been in contact with someone with such a travel history.

Reproduction number below 1 overall, but well above 1 for UK variant

On 8 January, the combined reproduction number (for all variants) in the Netherlands was 0.93 (lower limit 0.90, upper limit 0.95). This was a slight decrease compared to the week before that, when the R number was 0.98. A reproduction number of 0.93 means that 100 people with COVID-19 will collectively infect another 93 people.

On 8 January, the reproduction number of the ‘older’ variants that had been prevalent in the Netherlands so far was 0.89 (lower limit 0.86, upper limit 0.92).

More contagious, so hospitalisations and deaths are expected to increase

With the continuing increase of the UK variant, we are facing two variants of the virus that are spreading in the Netherlands at different speeds. As a result, there are essentially two separate COVID-19 epidemics: one epidemic involving the variants that were already present in the Netherlands, in which infections are decreasing, and another epidemic involving the UK variant, in which infections are increasing.  More infections with the ‘new’ variant will eventually also lead to higher numbers of hospital admissions and deaths. This would mean that a significant increase in pressure on the healthcare system, rather than a decrease. For that reason, additional measures were implemented last weekend. The effect of these measures on the number of new infections is not expected to be visible in the reports for over a week, and will not become apparent in the number of hospitalisations until later.

Our behaviour can protect ourselves and others against the virus. Regardless of which virus variant is involved: Follow the measures! The most effective way to avoid becoming infected is to stay 1.5 metres apart from others. Work from home and stay home as much as possible. If you have symptoms, stay home and get tested – even if the symptoms are mild. Do not break quarantine. And limit the number of people you have contact with, because fewer contacts means fewer chances to encounter and spread the virus.

**The UK variant and the South Africa variant were both detected in the Netherlands in the context of outbreaks and during pathogen surveillance . Based on a positive COVID-19 test result, it is not possible for a laboratory technician in the Netherlands to determine which variant of the coronavirus SARS-CoV-2 caused the infection. Pathogen surveillance  is used to quickly detect variations in a virus, and to gain insight into their spread. Every week, a random sampling of positive COVID-19 tests is subjected to additional research by means of sequencing. This means further investigation of the virus sample that was taken with a cotton swab in the nose and throat. Sequencing looks at the building blocks of the virus. By looking at how the virus is constructed, it is possible to recognise characteristic ‘building blocks’ of a variant. Pathogen surveillance takes time, often one to two weeks, from submitting the virus sample from a person who tested positive, to sequencing and assessing which virus variant is involved.