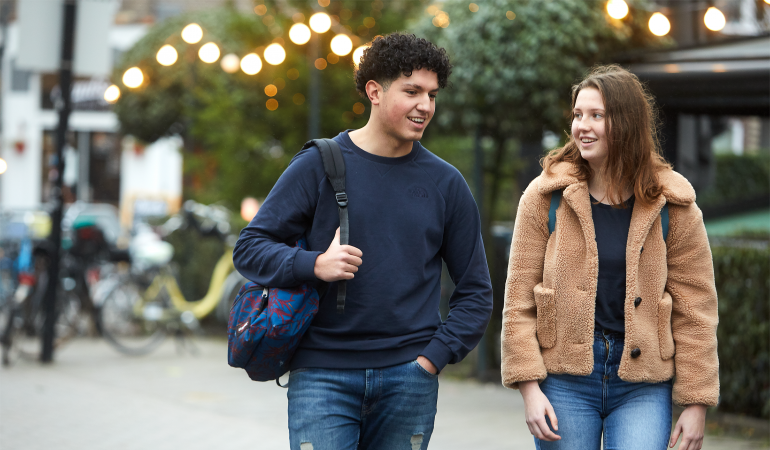 This spring, about 860,000 young people in the Netherlands will receive an invitation for a vaccination against meningococcal disease. The invitations will be sent to young people who were born in 2001, 2002, 2003, part of 2004 and 2005. With the slogan 'Do not share this with your friends. Get that jab against meningococcal disease’, RIVM National Institute for Public Health and the Environment and youth health organisations are inviting young people to get themselves vaccinated. In 2018, invitations were already sent to nearly 130,000 young people born between 1 May and 31 December 2004.

Since 2015, more and more people fall ill every year from a meningococcal type W infection. These bacteria can cause meningitis and blood poisoning. Therefore, in September 2017, the Minister of Health, Welfare and Sport decided to introduce a vaccination against meningococcal disease for toddlers aged 14 months and adolescents who were turning 14 years old. Last year, Secretary of State Blokhuis decided to expand the number of young people eligible for vaccination. Vaccination should prevent more people from falling ill.

There are several types of meningococcal bacteria. The bacteria can be present in your nose or mouth without you even noticing. It spreads through coughing, sneezing or kissing. It does not usually make you ill. If the bacteria enter the bloodstream or nervous system, you can become seriously ill in a very short space of time. In the first few hours, meningococcal disease type W may sometimes look like flu, so it can be hard to recognise. The infection can become very serious, developing into meningitis or blood poisoning. In some cases, it can cause permanent damage or even death. In 2018, a total of 103 people became ill and 22 people died.

Youth health organisations throughout the Netherlands are offering group-session vaccinations starting in March 2019. Over the next few weeks, young people born in 2001, 2002 and between 1 January and 1 May 2004 will receive an invitation. In May and June, young people born in 2003 and 2005 will be up for vaccination. One shot is enough to protect you against meningococcal disease for at least five years. The decision to vaccinate teens and young people is due to the fact that they are more frequently the carriers of the bacterium. It is also an established fact that teenagers and young people around this age contribute significantly to the spread of the bacterium. The quickest way to reduce the spread is to vaccinate this age group.

Young people will receive an invitation at their home address and will be directed towards the campaign website through social media. They can consult information about the vaccination and the disease online. The website also includes video clips and stories by young people and parents about their first-hand experiences with meningococcal disease – and some of those did not end well at all. The videos include interviews by Jan Versteegh with several young people about how the disease affected their lives.