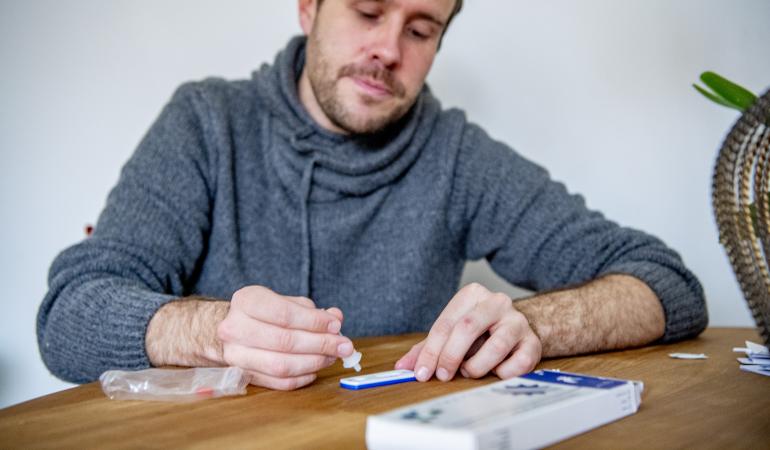 As of Friday 3 December, the recommendation in the Netherlands is to use a self-test in case of mild symptoms, as an alternative to a test by the Municipal Public Health Services (GGDs). Easy access to enough self-tests can contribute to controlling the virus. More people are expected to get tested, and to do so more quickly, if they have self-tests at home. These findings are from research conducted by RIVM.

Twice as many people indicated that they would use a test if they had symptoms if they already had a self-test in the home, compared to people who do not have self-tests available. People are more likely to use a self-test if they have more severe symptoms (elevated temperature plus coughing and/or sneezing) than if they have milder symptoms (runny nose, nasal cold or sore throat). People with more severe symptoms are also more likely to go to the GGD to get tested.

Providing easy access to enough self-tests free of charge – as is now being done in the United Kingdom – can contribute to controlling the virus. It can also help to limit socio-economic health inequalities.

This study was conducted by the RIVM Corona Behavioural Unit. In an online survey (11-16 November 2021), various scenarios were presented to the more than 3,200 people who took part.