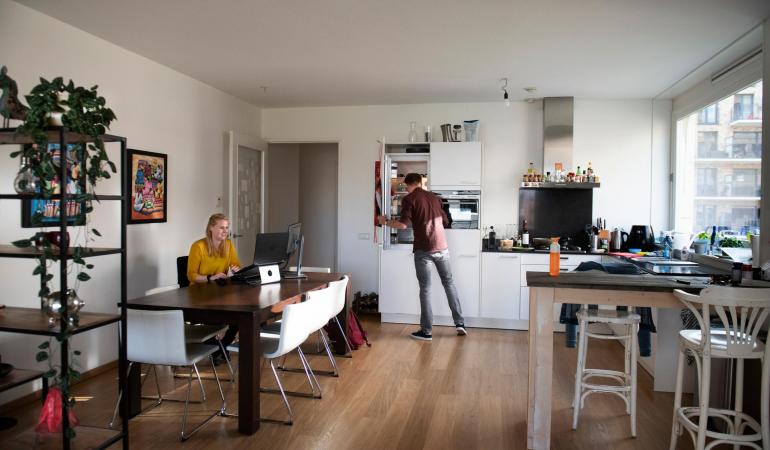 The upcoming week will show whether the recent stabilisation in the reported number of people who tested positive will be transition into a downward trend.

The number of positive tests per 100,000 inhabitants increased, rising from 301 in the week before to 399 last week (+32%), Figure 1. Reported figures increased in all age groups.

Nearly 464,000 people were tested for COVID-19 in the test lanes of the Municipal Public Health Services (GGDs) in the past calendar week, 23% more than the week before that. More testing took place in all other age categories, except for the age group of 18-24 years.

The percentage of positive tests in the GGD test lanes increased from 13.4% to 13.4% on a weekly basis*.

Of the people who tested positive and whose vaccination status was known at the time when they were tested, 9% were fully vaccinated, 14% were partly vaccinated, and 77% were not vaccinated (or not yet), Figure 2.

Age distribution of hospital admissions
The effect of the vaccination campaign can be seen clearly in the age distribution of people admitted to hospital with COVID-19, both in nursing ward admissions and ICU admissions (Figures 4 and 5)***. Until mid-May, more than half of the patients admitted to hospital with COVID-19 in the Netherlands were over the age of 60. At this point, just under one-third of people admitted with COVID-19 are 60 years and older. A decrease until early June was followed by a stabilisation; since the end of June, a slight increase has been observed in all age groups (source: NICE Foundation).