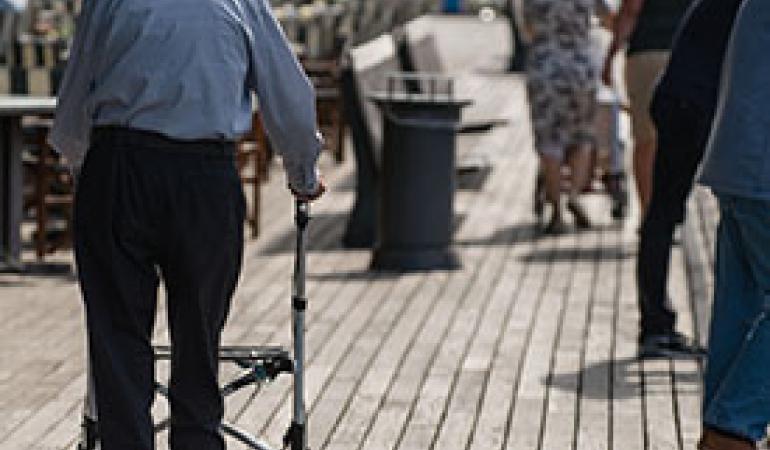 During the last heatwave, almost 400 more deaths were reported than was expected on overage for that period. The additional deaths mainly concerned persons aged 75 years and older. In the week from 23 July to 28 July, it was scorching hot in the Netherlands and RIVM activated the National Heat Plan. Heat can cause health effects. Elderly and chronically ill people, in particular, can experience problems and die in the event of extreme heat. Continuous attention must be paid to the health risks associated with heat.

Severe hot weather is a risk, especially for the elderly and worsens symptoms of patients with cardiovascular and pulmonary diseases. The elderly or chronically ill are more vulnerable to heat because their organs work less well, the thirst stimulus and sweat production decrease. The last period of severe hot weather occurred after a relatively cool weather period. As a result, the time for the body to prepare for the hot weather was short (acclimatisation). Also, there was severe smog during the heatwave. The combination of poor air quality and heat placed an extra burden on the health of these vulnerable people.

From 23 July to 28 July it was extremely hot in the Netherlands. The Royal Netherlands Meteorological Institute KNMI issued a code orange and the Netherlands’ 75-year-old heat record was broken. On 25 July, a record temperature of 40.7°C was measured in Gilze-Rijen in the province of Noord-Brabant. The nights were also exceptionally warm; during the night and early morning of 26 July with temperatures above 20°C in many places.

By implementing the National Heat Plan, RIVM is calling on healthcare institutions and caregivers to provide extra care for and attention to the risk groups. These risk groups include the elderly, the chronically ill, people who are overweight and very young babies. They run a higher risk when exposed to heat and need more help with cooling and hydration. In recent years, there has been increased awareness of the risks of hot weather and the need to pay attention to vulnerable groups. The National Heat Plan contributes to this. Furthermore, it is important to make agreements at the local level to optimise care during a heat period