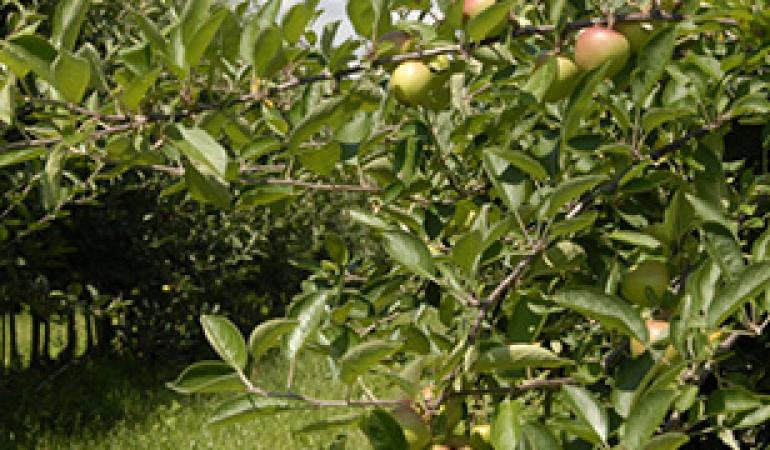 In this report, three different methods were used to assess the multiple stresses caused by parallel and sequential applications of plant protection products according to realistic application scenarios during the growing season of a tuber crop and an orchard crop. The methods provide an insight into the effects that the various products have on the plants and animals in nearby ditches. The aim was to determine which products are simultaneously present in the water, how this varies in time and what the combined effects then are.
At the moment, EFSA (European Food Safety Authority) undertakes activities to assess the human and ecological risks of exposure to multiple active substances. This RIVM report can contribute to this.

One of the three methods studied (the Toxic Unit method) adds up the contributions of the individual substances to the overall toxicity. A toxicity index is the relationship between the expected concentration in the environment and the toxicity limit of a product. If the sum of the toxicity indexes increases due to a rise in the concentrations of the various substances in the environment, this means a higher level of stress at that point in time.

The second method is not based on the most sensitive organism (as is often the case with the TU method), but instead on the distribution of sensitivities over species of organisms (the mixture toxic pressure method, msPAF). This method takes account of the knowledge of effects on several species in the ditch along the field and predicts the expected effect on biodiversity. The highest stress is expressed in terms of more expected loss of species.

The third method (the MASTEP population model) not only shows the toxic effects, but also the degree and time necessary for a specific type of organism to recover. Effects and recovery are studied by examining the size of the population of the organism, in this case the aquatic isopod. Taking recovery into account is an important aspect when it comes to authorising plant protection products because they can be authorised if sufficient recovery occurs.

The calculations using the third method show that the recovery period of the aquatic isopod was not, or was scarcely, longer when several products were used the same time. The aquatic isopod is representative of water organisms whose survival strategy is to produce a high number of offspring. RIVM believes it is essential that the calculations are also carried out for organisms that have other survival strategies.

All three methods show that a few substances determine a large part of the total effect. The TU method and the mixture toxic pressure (msPAF) method are useful in identifying which combination of substances can best be used to perform the MASTEP calculations.