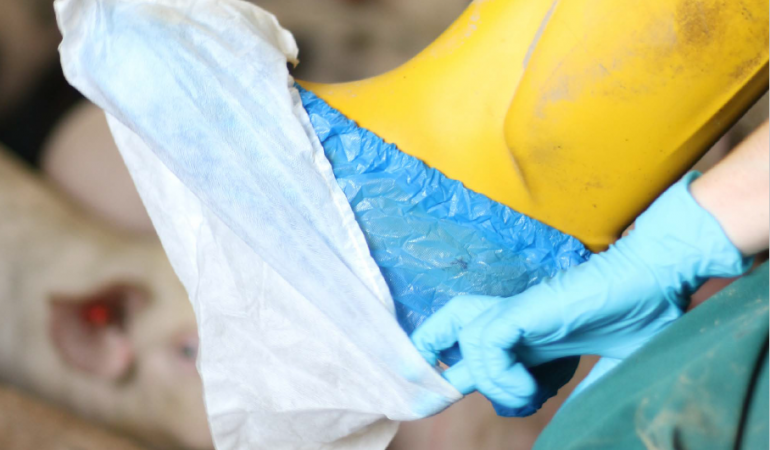 The focus of our annual report State of Zoonotic Diseases 2018 is prevention, with the emphasis on the production chains of foods of animal origin. Food-borne bacteria caused the most infections in people in 2018, as in previous years. Prevention is, therefore critical.

Zoonoses are infectious diseases that can be transmitted to people from animals. Most infections from animals to humans are transmitted via food. In 2018, food-borne bacteria, such as Campylobacter, Listeria monocytogenes, Salmonella and Shiga toxin-producing E. coli (STEC), caused the most infections in people. After having fallen in recent years, the number of people with a STEC infection in 2018 (487 reports) rose slightly compared with 2017 (393 reports).

In recent years, the number of patients with leptospirosis has continued to decline after a sharp increase in 2014. The number of reports of leptospirosis decreased from 71 in 2017 to 48 reports in 2018. The majority of patients contracted the disease abroad. The bacteria are found in the urine of rats and mice. Bathing water and mud are the main sources of infection for people. The symptoms of leptospirosis in humans vary from mild flu-like symptoms to a serious illness with jaundice, kidney failure, and bleeding (Weil's disease).

The State of Zoonoses is published annually and is a joint publication of the Netherlands Food and Consumer Product Safety Authority (NVWA) and RIVM in collaboration with various partners. The report provides an overview of the most important developments and trends in the field of zoonoses in the Netherlands. The State of Zoonoses was presented at the annual zoonoses symposium on 3 December 2019.