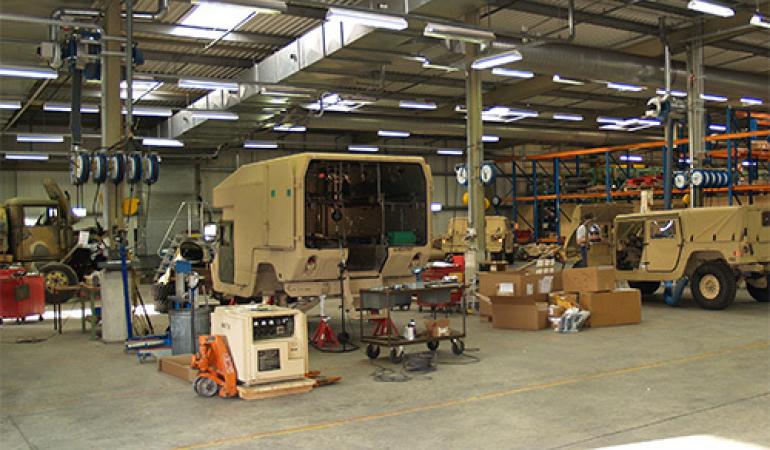 From 1984-2006, employees of the Dutch Ministry of Defence were exposed to chromium-6 during maintenance work. This occurred at five so-called POMS sites (POMS: Prepositioned Organizational Materiel Storage), where principally American NATO equipment was stored and maintained by Defence personnel. The chief source of chromium-6 was the primer coating used to protect the equipment, and maintenance activities could cause the release of this substance. The investigation revealed that the Health & Safety policy at the POMS sites was inadequate, especially in the first operative years. The Ministry of Defence had the responsibility to inform both employees and occupational physicians about the health risks of exposure to chromium-6-based paint and to ensure the use of the appropriate protective equipment. This did not happen adequately.

Defence personnel working in technical maintenance positions were exposed to chromium-6, which may have caused the following diseases: lung cancer, nasal and nasal cavity cancer, gastric cancer, chromium-6-related allergic contact dermatitis, allergic asthma and allergic rhinitis, chronic lung diseases and perforation of the nasal septum due to chromium ulcers. Because most of these diseases can also be induced by other causes, in many cases it cannot be determined with certainty that these diseases are the result of exposure to chromium-6 at the POMS sites. For other health problems, such as dental problems, no or insufficient scientific evidence has been found for a possible relationship with exposure to chromium-6.