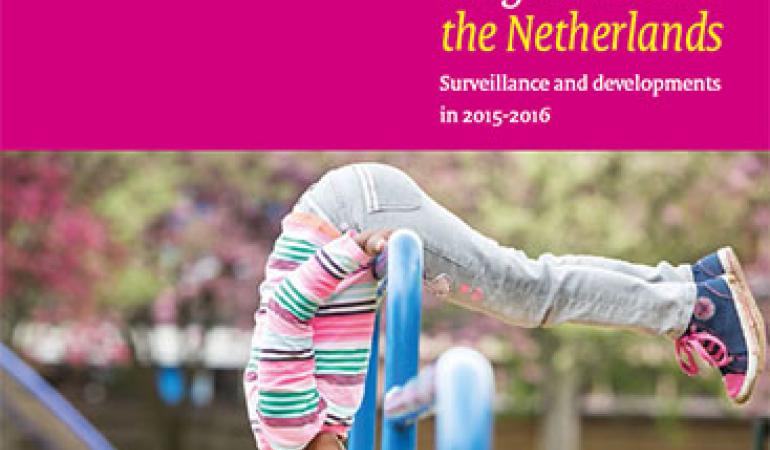 The report provides an overview of effectiveness and safety of vaccines and vaccine research. In 2015, nearly 770,000 children aged 0 to 19 years received a total of 2.160.000 vaccinations within the National Immunisation Programme (NIP).

Participation in the NIP, which was between 92% and 99%, was still high. An exception was vaccination against human papillomavirus (HPV), which was 61%. The participation of newborns dropped by about 0.5% for the second consecutive year.

The number of reported cases of the 12 NIP target diseases was again low (ranged between 0 (polio and tetanus) and 39 (pertussis) per 100,000). The number of notifications of adverse events following immunisation increased from 982 to 1,494. The severity of the reported adverse events was comparable. For the diseases for which a vaccine is available but not included in the NIP,  the number of meningococcal serogroup W (MenW) disease increased and the number of rotavirus cases was extremely low compared to previous years. Rotavirus still causes thousands of infections per year.