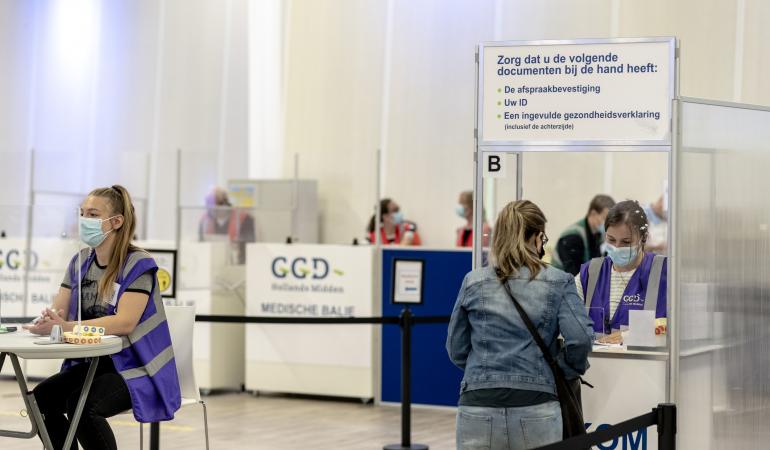 Six months after the start of the vaccination programme, almost 18 million vaccinations have now been administered. 77% of all people over 18 have now received at least one vaccination, and 46% of adults are fully vaccinated at this point.

In recent weeks, various parties have worked hard to register more and more vaccination data in the national registration system (CIMS). CIMS now contains sufficient data to publish vaccination coverage for people aged 60-64 years. About 87% of this age group have received their first vaccination. Because CIMS only registers people who give permission for their data to be registered, the actual turnout is most likely higher than in this report, also in this age group. This trend has fluctuated slightly more over time (see figure 1 in the vaccination data for the Netherlands). This is due in part to the two periods in which vaccination with the AstraZeneca vaccine was put on hold.

In view of the high turnout for vaccination in the Netherlands, the turnout and vaccination coverage has now been analysed in more detail from 85% and up. The resulting figures show that more than 95% of people over 65 have now received at least one vaccination in 134 of the 352 municipalities. Vaccination turnout in this age group has risen in Amsterdam, and is now 85% or higher in all major cities.

Go to the weekly vaccination figures