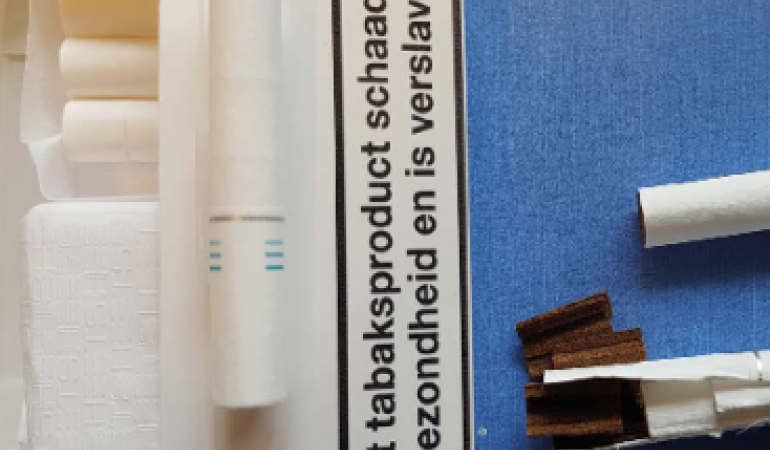 Heated tobacco products are newly available on the market. An example of such a product is the heatstick which is heated with an iQOS, a device that looks like an e-cigarette. Heating the heatstick leads to the formation of carcinogenic and other harmful substances. The use of heatsticks with the iQOS is harmful to health, but probably less harmful than smoking tobacco cigarettes. This is RIVM’s conclusion, based on its research into heated tobacco products (HTPs).

RIVM has not yet been able to establish what the harmful health effects are in the short and the long term. This is stated in an information bulletin (in Dutch) published by RIVM. Many tobacco-related diseases take a long time to emerge. However, it is clear that emissions from the tobacco sticks heated with the iQOS, include nicotine, carcinogenic substances and other substances. The tobacco stick is an addictive product, because it releases the highly addictive substance nicotine.

The number of substances present in the air that is inhaled when using tobacco sticks with the iQOS is lower than in cigarette smoke, but that does not mean that the health risk of HTPs is equally lower. The relationship between the amount of a substance and the harmful effects is different for each substance. For example, carcinogens can also cause cancer in lower amounts. Some substances are also present in larger quantities than in cigarette smoke. In addition, not all substances in the emissions were measured, whereby this research provides only limited information on the possible risks. It is also clear that the substances that are released when using tobacco sticks with the iQOS can cause effects on the airways. For example, they can irritate or damage lung cells. These substances can be harmful to the health of both the user and the bystanders.

It is not yet clear whether this new way of using tobacco encourages non-smokers to smoke. Research is needed into the attractiveness of heated tobacco among non-smokers. In addition, it is important to know whether non-smokers will switch to a tobacco cigarette after using tobacco-heating appliances.

In addition to the iQOS, in which heatsticks are used, there are devices that use loose tobacco. These are often intended to heat spice mixtures, but can also heat tobacco and shag. The amount of nicotine released differs between devices. With some devices hardly any nicotine is released. These products are no less harmful, but smokers will not be able to satisfy their nicotine needs as quickly.