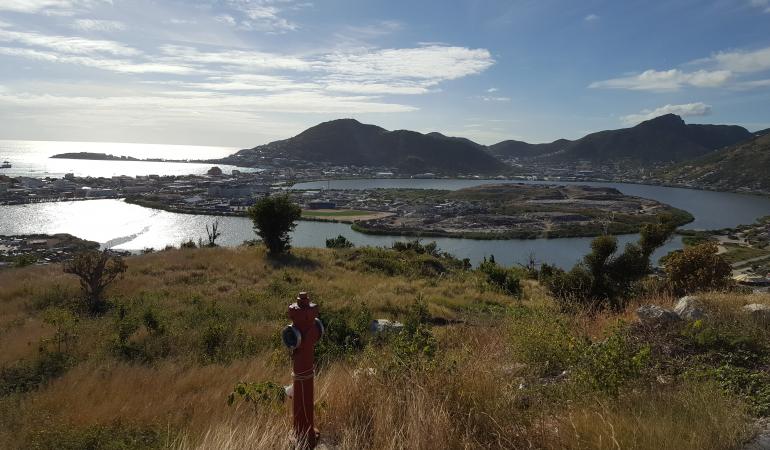 At the beginning of 2019, the RIVM measured the air quality around the landfill at Philipsburg, Sint Maarten for two weeks. No or hardly any harmful substances were measured. During the measurement period there were no open fires at the landfill. As a result, the RIVM is unable to assess the potential health risks of substances released in the event of an open fire at the landfill. In order to do so, it is necessary to take measurements during an open fire. The local fire department could perform this task. If requested, the RIVM can support the fire brigade with specialized equipment and knowledge.

Measurements were taken to identify the following substances: particulate matter (PM10), inorganic gases, Volatile Organic Components (VOC), aldehydes, Polycyclic Aromatic Hydrocarbons (PAHs), dioxins and Polychlorinated Biphenyls (PCB). This is a broad "package" of substances that might be relevant in case of a fire. From the 206 samples taken, a representative selection of 90 samples was analyzed in special laboratories.

In some cases, the concentrations of aluminum and possibly of chromium measured were found to exceed the standards that apply if people were to breathe these substances continuously throughout their lives. However, the health effects of these exceedances are negligible. For PAHs, some samples exceeded the standards that would apply if these substances were ingested daily during a lifetime. This results in an almost negligible health risk. The odour nuisance that people experience can cause health problems such as nausea and headache.