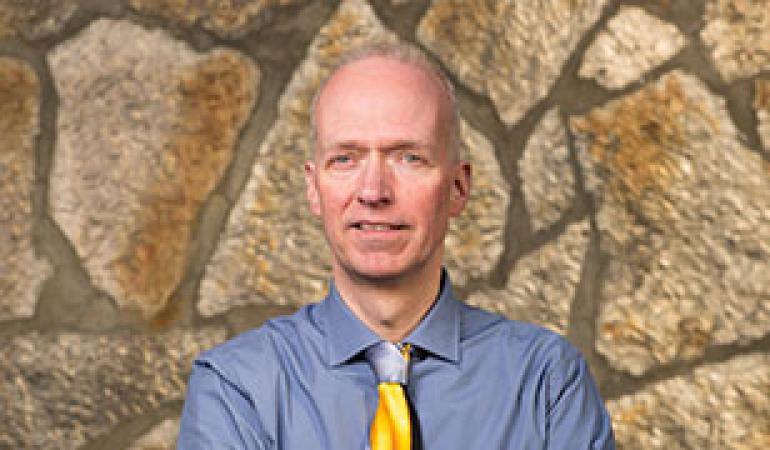 TIME has named Professor Guus Velders of RIVM as one of the 100 most influential people in the world. Velders was honoured for his work in establishing the basis for the global climate agreement that was signed in October 2016 in Kigali, Rwanda.

Over the past years, working together with American researchers, Velders showed that hydrofluorocarbons (HFCs) have a major impact on the climate. These compounds are used in refrigerators, air conditioners, and insulation materials.

In Kigali, Rwanda, world leaders agreed to greatly reduce the use of these greenhouse gases in the coming decades. As a result of this preventive agreement, the contribution of HFCs to climate change will remain limited and be reduced to less than 0.1°C in 2100, in comparison to a maximum of 0.5°C without the agreement.

Due to this contribution, Nature, a leading scientific magazine, has already named Velders as one of the 10 most influential scientists in 2016. RIVM Director-General André van der Zande awarded him the RIVM Jenner medal for his breakthrough scientific research. Velders has also just been appointed to the position of Professor of 'Air Quality and Climate Interactions' at Utrecht University.

In the coming years, Guus Velders will be working together with his colleagues to further strengthen the scientific basis behind climate policy. With the help of the data and models of RIVM and Utrecht University, he intends to monitor the Paris climate agreement. This  will enable RIVM to assist governments and businesses to comply with the national/international climate targets.

(A large office building. A man walks inside. Voice-over:)

VOICE-OVER: Professor Guus Velders
of the Dutch National Institute for Public Health and the Environment,
better known as RIVM, is on Time's list of the 100 most influential people on Earth.
Velders showed that hydrofluorocarbons are major contributors to climate change.
These compounds are used in refrigerators, air conditioners and insulation materials.
PROFESSOR VELDERS: I'm greatly honoured to be put on the Time 100 list.
I also see this as a recognition for the importance of climate change.
But much more needs to be done to protect future generations
from the adverse effects of climate change.
VOICE-OVER: Based on this research,
world leaders entered into an agreement in 2016,
with the aim of greatly reducing the emissions of hydrofluorocarbons.
This will limit global warming by a maximum of 0.5°C by the year 2100.

(A graph shows the evolution.)

Velders was already chosen
as one of the most influential scientists by Nature magazine in 2016.
This year, RIVM Director General André van der Zande
awarded him the RIVM Jenner Medal for his breakthrough scientific research.
And Velders has just been appointed
Professor by Special Appointment at Utrecht University.
In the coming years, Guus Velders will be working together with his colleagues
to further strengthen the scientific basis behind climate policy.
He will ensure that the data and computing infrastructure at RIVM
is suitable for monitoring the Paris climate agreement.
To protect the climate, all the countries of the United Nations
reached an agreement in 2015 in Paris.
To meet the goals of the agreement,
national governments, companies and cities have to take action.
And RIVM wants to assist them by giving information, tools and knowledge
on how they can reach their goals.
VOICE-OVER: Velders is also carrying out research into the impact of climate change
and climate measures on air quality, and vice versa.
VELDERS: One of the important causes of climate change
is small particles in the air.
Those particles are also bad for your health, through air pollution.
We want to know which particles are bad for your health and bad for climate change,
and especially which measures we can take
to reduce the effects of climate change and of air pollution.
VOICE-OVER: RIVM is very proud of the international recognition
of Professor Velders' exceptional achievements
and of his contribution to a more sustainable world.

(The Dutch coat of arms, next to: National Institute for Public Health and the Environment. Ministry of Health, Welfare and Sport. The screen turns red and white. On-screen text: More information? www.rivm.nl/hfc. www.time.com/time100. A production of RIVM. Copyright 2017. Committed to health and sustainability.)

THE TRANQUIL MUSIC FADES AWAY