RIVM’s WHO Collaborating Centre for Antimicrobial Resistance Epidemiology and Surveillance co-authored the report. The report contains data on antimicrobial resistance in 2020 in 29 EU/EEA countries and 12 countries and Kosovo (in the context of United Nations Security Council Resolution 1244 (1999)) in the WHO European Region. This information is invaluable in understanding the nature and extent of AMR and setting priorities in combating it.

The WHO Collaborating Centre Antimicrobial Resistance Epidemiology and Surveillance co-authored the report. The overall report, a joint publication of WHO Regional Office for Europe and the European Centre for Disease Control and Prevention, with data on AMR across the European region in 2020, will be published on January 12, 2022.  Spread Awareness, Stop Resistance #WAAW

In June 2019, Katherine Kooij presented a webinar on the Proof-of-Principle AMR routine diagnostics (PoP) project. In many countries, underuse of bacteriology diagnostics in routine clinical practice is a barrier to implementing AMR surveillance. In this webinar, Dr Doctor (Doctor ) Kooij discussed how the Proof-of-Principle AMR routine diagnostics (PoP) project promotes the use of blood cultures and AMR susceptibility testing in clinical practice, thereby aiming to provide a starting point for a national AMR surveillance system. She provided an overview of the PoP project methodology. Furthermore, she discussed the experience gained with PoP project implementation in the WHO European region and address commonly faced challenges.

In December 2018, Sjoukje Woudt focused on the interpretation of AMR surveillance data. When interpreting results, one should always assess whether the results reflect reality. The validity and representativeness of AMR surveillance results may be negatively affected at different points in the data generation process. In this webinar, different sources or error and bias, and how they influence the representativeness of the results were addressed. Interpretation of AMR Surveillance Data - on YouTube.

The complete webinar series can be found on the website of AMR Sweden.

Together with a team of WHO Europe and experts on antibiotic stewardship and microbiology, Inge Wagenaar visited Uzbekistan end of April. The goal of the visit was to evaluate the first months of the Proof of Principle AMR Routine Diagnostics Surveillance Project (PoP project) implementation, which had started in February 2019 after more than a year of preparation and training.

During the mission, the three participating hospitals in Tashkent were visited. In each hospital a meeting with the clinicians, nurses and microbiologists was held to discuss the progress, solve any issues and answer questions. On the last day of the visit, a national meeting was organised to discuss the project implementation and the mission team’s findings to improve the project with the Ministry of Health, hospital representatives and the PoP teams.

The planned duration of the PoP project in Uzbekistan is approximately 12 months. More visits will follow in the coming year to track the progress of the project and to evaluate the success of the project.

The WHO CC team attended and contributed to the annual meeting of the Central Asian and Eastern European Surveillance of Antimicrobial Resistance (CAESAR) network, held in conjunction with the European Congress on Clinical Microbiology and Infectious Diseases (ECCMID) in Amsterdam. Around 20 AMR focal points from countries and areas participating in the CAESAR network attended this meeting, as well as representatives from the WHO Office for Europe, the European Society of Clinical Microbiology and Infectious Diseases and RIVM. 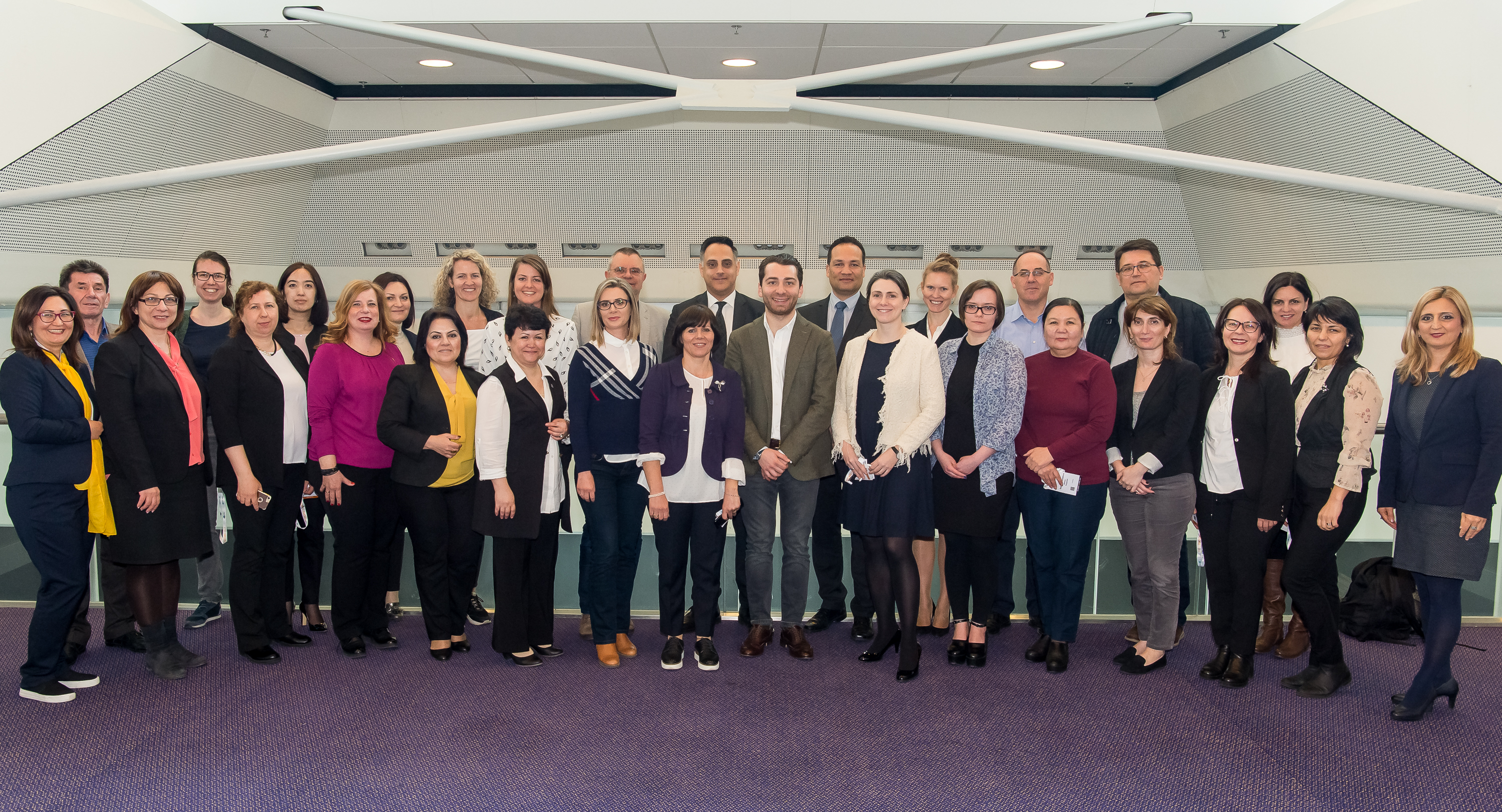 During the meeting on April 12th, AMR focal points exchanged experiences and discussed challenges, opportunities, and needs in setting up or strengthening national AMR surveillance with the members of the CAESAR coordination group.

On Saturday 13 April, a session open to all ECCMID visitors was held. During the “Meet the CAESAR network” session the main elements and achievements of the CAESAR network were shared with ECCMID participants with an interest in CAESAR and AMR surveillance, and new possible collaborations were explored.

More information can be found on the WHO website

Katherine Kooij and Inge Wagenaar were invited by WHO Eastern Mediterranean Regional Office (EMRO) to conduct a workshop on the methodology of the Proof of Principle AMR Routine Diagnostics Surveillance Project (PoP project).

Jordan has started the implementation of a national AMR surveillance program. This workshop was conducted to educate physicians and hospital managers on how to improve the appropriate use of microbiological diagnostics to guide therapeutic decisions in the treatment of bacteriological bloodstream infection. As a follow up on the workshop, and with the support from EMRO, the PoP methodology will be implemented in several hospitals in Jordan.

WHO CC for AMR Epidemiology and Surveillance experts Susan van den Hof and Katherine Kooij attended the 3rd meeting of the WHO AMR Surveillance and Quality Assessment Collaborating Centres Network, hosted by the WHO Eastern Mediterranean Regional Office, Cairo, Egypt. Representatives from 18 WHO collaborating centres, WHO Regional Offices and WHO headquarters attended this 2.5-day meeting.

During the 3rd annual meeting, the work plan of the WHO AMR Surveillance and Quality Assessment Collaborating Centres Network was reviewed and the way forward was discussed. An important agenda item was the revision of WHO’s Global Antimicrobial Resistance Surveillance System (GLASS), planned after the early implementation phase (2020). In addition, ongoing and planned support efforts by members of the CC network regarding development and implementation of global AMR surveillance were discussed, and possibilities for collaboration were explored.

More information on the website of the collaborating centres' network:  https://www.who.int/glass/collaborating-centres-network/en/ 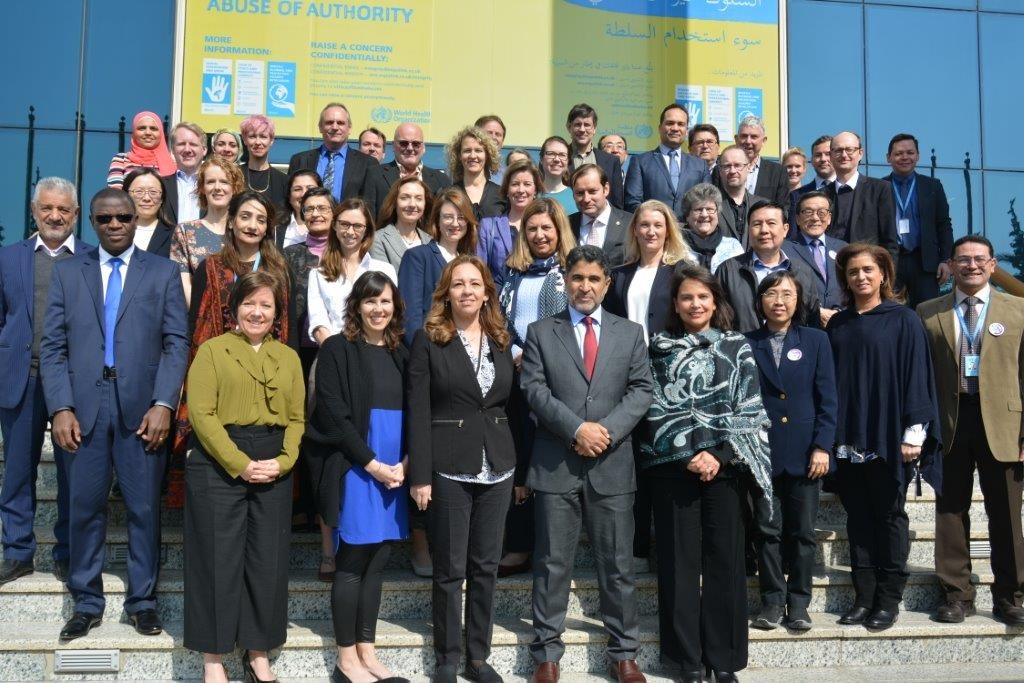