The global estimates will support countries in assessing their own burden of foodborne disease, increase awareness and commitment for the implementation of food safety standards and, for the first time, highlight the magnitude of this global problem.

The FERG symposium 'The Global burden of foodborne diseases' was held in Amsterdam, The Netherlands, on 15-16 December 2015. This FERG symposium was organized by the World Health Organization and the Local Organizing Committee at RIVMNational Institute for Public Health and the Environment , supported by the Scientific Committee. 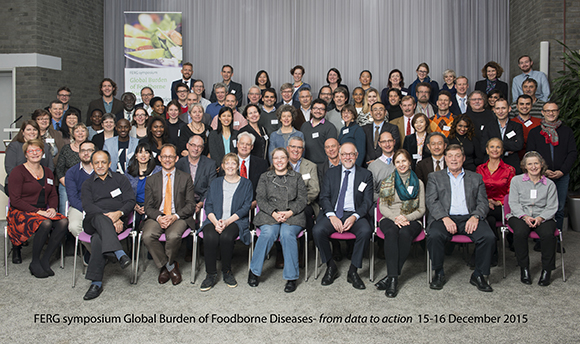