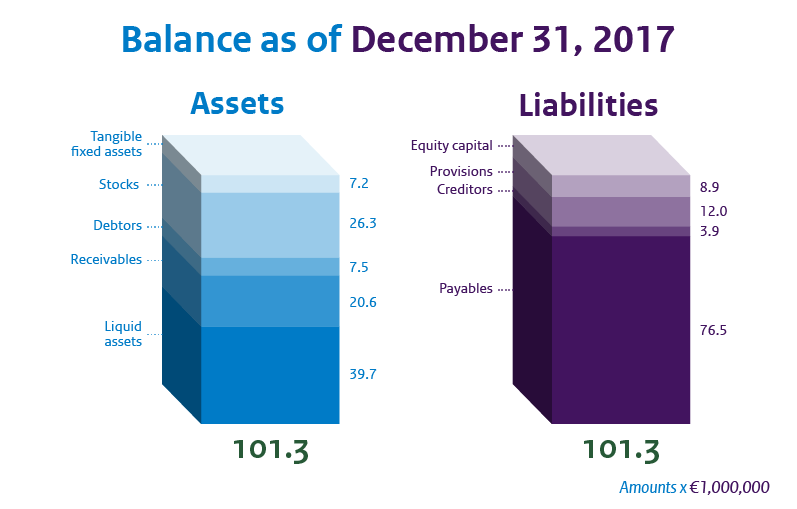 The gender distribution of the total staff complement in 2017 was 43.8% men and 56.2% woman. Compared to 2016, the percentage of female employees has decreased slightly, but – as in previous years - RIVM employed more women than men in 2017. In the higher pay scales (from scale 14); the male/female ratio is almost the same. 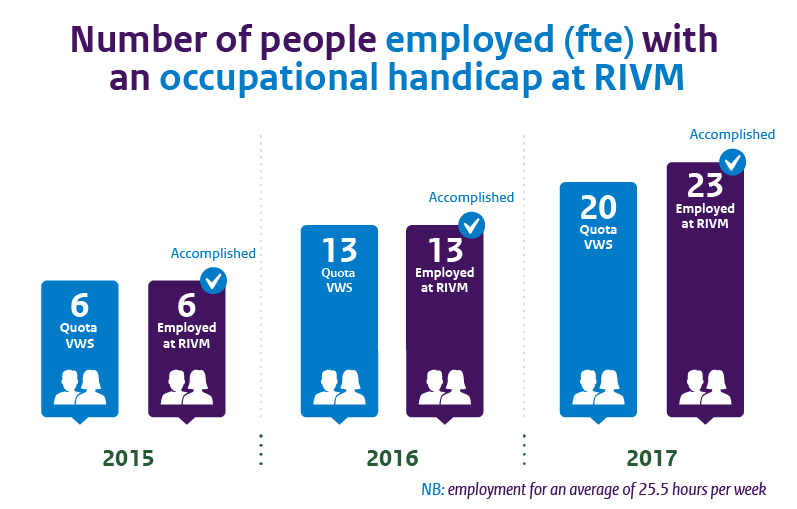 In 2023, RIVM must have appointed 50 people with an occupational disability as staff or external employee for an average of 25.5 hours per week. Most of these appointments involve hiring staff through the Public Employment Service or a secondment agency. In 2017, RIVM has met the target goal of employing 20 people with an occupational disability and is on track for reaching the target goal set for 2023.