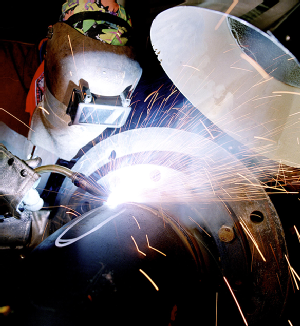 Low frequency fields with frequencies between 0 and 100 kilohertz that are strong enough can stimulate sensory organs or nerves and cause magnetophosphenes (light flashes), vertigo, nausea or muscle twitches and pain. Strong radiofrequency EMF with frequencies between 100 kilohertz and 300 gigahertz can lead to overheating of the body and damage to tissues and organs. EMF can also cause indirect effects that may generate safety risks, such as contact currents, spark discharges and interference with medical implants such as pacemakers. Workers in the European Union (EU) are protected from these health effects and safety risks by Directive 2013/35/EU the European Parliament and Council. The Directive was implemented in the Netherlands in 2016 by an amendment of the working conditions decree (in Dutch).

From 2005, RIVM has provided scientific support and risk assessments on occupational exposure to EMF for the Ministry of Social Affairs and Employment (SZW) and the Inspectorate SZW. An extensive practical guide for employers (in Dutch) on risk assessment and mitigation was developed in 2006 and updated in 2016. It explains the legislative framework, categorises working environments according to EMF risk and contains practical information for risk assessment. RIVM has also developed entry-level information documents on risks of occupational exposure to EMF such as brochures and webpages. Risks and protection systems for MRI workers in hospitals were evaluated in a separate project. The resulting report summarises MRI exposure data and different protection systems. When a previous version of the European EMF directive was revised, RIVM provided scientific assessments and working documents on occupational exposure and relevant legislative texts. RIVM also participated in regular meetings of the tri-partite 'Working Group EMF' of the EU Advisory Council for Safety and Health at Work (ACSH), which advises the European Commission, and in the Social Affairs Working Party of the Council of the EU.

RIVM maintains a database of international occupational EMF legislation and guidelines. The information is used to answer questions by the ministries and other organisations or for international activities such as ICNIRP project groups. Occasional summaries are published in English and Dutch.

RIVM regularly reviews the scientific literature on possible long-term effects of EMF in workers. A report published in 2015 and an update in 2019 (in Dutch) concluded that the question whether long-term exposure to EMF weaker than the limits affects workers' health cannot be answered definitively. For example, there are indications for a relationship between low frequency EMF and the occurrence of the nervous system disease ALS. However, it is still unclear whether EMF or other kinds of workplace exposure are the true cause. For other diseases of the nervous system the scientific studies contradict each other or too little research has been done. No relationship has so far been demonstrated between workplace exposure to EMF and the occurrence of various types of cancer. RIVM also analyses new technological developments in occupational sources of EMF and risk information strategies (in Dutch) for workers.

RIVM has participated in working groups of the International Commission for Non-Ionizing Radiation Protection (ICNIRP ) on general radiation protection principles, medical diagnostic exposure and and cosmetic exposure to EMF and optical radiation. RIVM occasionally contributes to ad hoc risk assessment projects such as the Environmental Health Criteria  of the World Health Organization (WHO) and the report on Health Canada's radiofrequency exposure limits  by the Royal Society of Canada (2013).